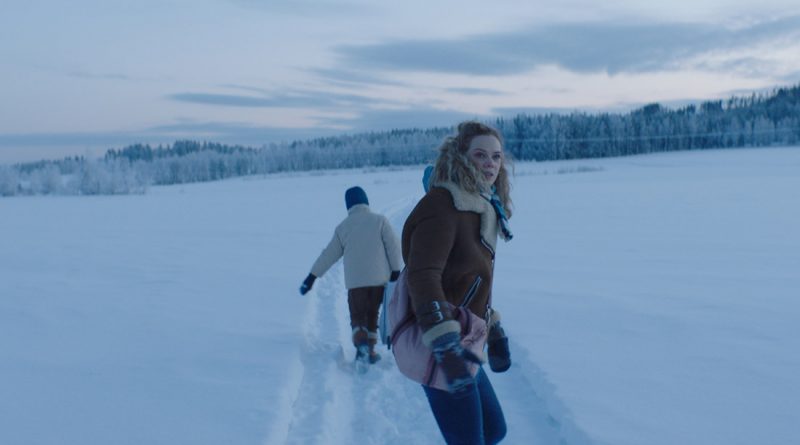 After the international festival success of her of her extraordinary 2016 feature debut Sami Blood, Danish-based Swedish director Amanda Kernell returns with her highly anticipated follow-up, Charter. Playing as part of the 2020 Sydney Film Festival’s Europe! Voices of Women in Film strand, while Sami Blood was a coming-of-age film that focused on the plight of its teenage protagonist Elle-Marja, Charter shifts its focus to an adult woman, Alice (played by Ane Dahl Torp). Yet despite the differences in their ages and circumstances, both Charter and Sami Blood focus on the lives of women in transition, bucking traditions and struggling to find their own place.

Charter begins with an ominous black screen, its dramatic action playing out only through the film’s audio. In total darkness, we hear Alice receive a phone call from her distressed young son Vincent (Troy Lundkvist) who is clearly frightened, begging for the help of his estranged mother. As the film unfolds, we learn that Alice is on the losing side of a nasty custody battle with her ex-husband Mattias (Sverrir Gudnason), who is in the process of winning custody of both Vincent and his older teenage sister Elina (Tintin Poggats Sarri). Bitter and resentful, Mattias is unrestrained in his determination to exclude the children’s mother from the young people’s lives for reasons that become apparent as the film progresses. Desperate to help her children and driven to the edge by Mattias’s strategic efforts to demonize her in the small town where they live which resulted in Alice having to move to Stockholm to find work. Making a snap decision, Alice takes her own children and flees to Tenerife where she, Vincent and Elina reconnect.

Charter is an uncomfortable film that makes no attempt to soften the moral complexities of the situation its characters find themselves in. Painstakingly researching real-life instances of similar cases, Kernell herself used her own experience of coming from a family background where divorce was not uncommon to present a version of the story that steps away from tidy ethical binaries and, instead, takes the much harder option of revealing the emotional confusion. While the film focuses on Alice primarily here, Charter takes particular pains to acknowledge the complicated, and at times even contradictory, reactions of both Vincent and Elina themselves to the mess that they find themselves caught in the middle of.

There is never any suggestion in Charter that the situation itself or the path Alice chooses to take will ever find a necessarily comfortable resolution; to do so would not just merely be naïve but would go against the very tone of the film that Kernell establishes in its opening scenes. Although very different films in many ways, there’s something in the fearlessness and the steadfast refusal to sanitize maternal passion in Charter that echoes throughout Katrin Gebbe’s divisive but brilliant 2019 film, Pelican Blood. These are challenging films in different ways, but their rejection of fetishized visions of motherhood unite them in a manner that makes them important contributions to representations of the maternal instinct across cinema more broadly.