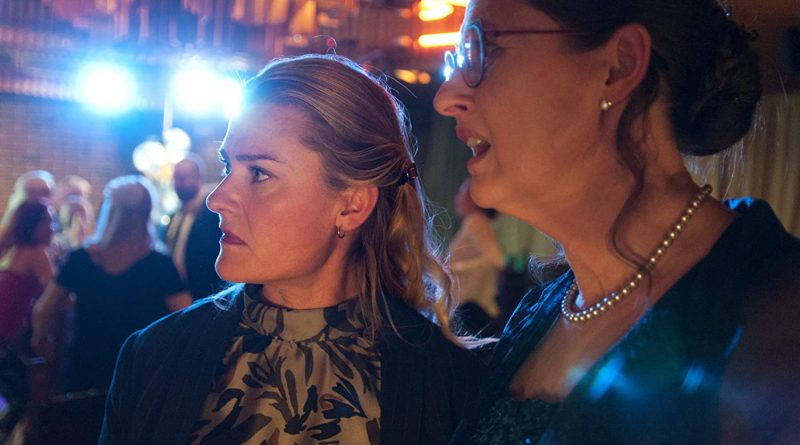 We all remember it. It was late 2017 when Harvey Weinstein found himself at the center of a highly publicized shit storm about his literally decades-long pattern of rape and sexual harassment that, while a known secret in the industry to many, went largely unchecked. That was, of course, until a number of extraordinarily brave women banded together to tell their stories. The media listened, and Weinstein is now in jail.

Looking back, that there was such a brutal human cost to what we can now boil down to a short one paragraph morality tale about justice prevailing seems almost lost in the shuffle. ‘The bad guy got punished’ punchline at times feels like it’s the point of the story, Weinstein’s villainy now verging on the cartoonish in its popular media representation that it if not eradicates the complex traumas that lay in his wake of his monstrous actions, then certainly renders the survivors and their experiences as almost a footnote. The way the story is framed now is frequently more one of the disgrace of a fallen giant than it is of women who had their very potential and right to safety so viciously taken from them.

But of course, it was never just about one bad apple. As I write this, we in the horror film community of which I have in the past felt so proud to be a part of are facing our own reckoning with the recent revelation that someone amongst our own ranks was a serial perpetrator who, like Weinstein, got away with it with the support and protection of people in power. This is still unfolding; more names are still coming to light, and I don’t see that stopping any time soon. Like the Weinstein story, it feels like this is just the beginning. But again, it’s the survivors – the women who have been abused, exploited and in many cases have had their careers derailed – who remain almost secondary to the sound-bite morality tale of ‘justice prevailing’. As many a survivor can and will tell you; that’s a hollow fucking victory at best. Yes, its progress, and yes, these men should not be protected and they should be exposed for who and what they are. It’s enormously important for these revelations to be made. But weigh that up against the damage that’s already been caused and you’d have to have some pretty twisted algebra to conclude that its now even-steven. It just doesn’t work like that.

I’m based in Australia so the whisper networks that regionally identified the men in this latest round of film industry revelations aren’t on my radar, even though I travel to North America annually and love it dearly. But even in Australia, we of course have our own behind-the-scenes communities of women where high-risk men are named, and women are warned. But the stories are the stories are the stories; it’s the same thing, over and over, all around the world. The women I’ve spoken to range in their responses from tiredness to unambiguous fury, and where to direct those emotions – whose intensity for survivors in particular is almost impossible to articulate – becomes part of the very real labor we expected to do in response to these revelations. This is why we’re tired, and this is why we’re angry.

This is a lengthy but necessary description of the specific headspace I found myself in when I watched the Finnish women-directed anthology film Force of Habit, playing as part of the Europe! Voices of Women in Film at the 2020 Sydney Film Festival. In one sense, this is a confession: I have probably failed as a critic here on an objective level because I sincerely cannot make any kind of judgement about this film being ‘good’ or ‘bad’ as it has hit such a raw nerve. But this film is perhaps something much more than your usual screen artefact shot down the PR pipes to be regimentally dispersed into rigid categories dominated by taste and judgments of technical proficiency. In this sense – and from the very specific context in which I viewed the film – Force of Habit feels less like an exercise in storytelling than it instead heads toward something closer to an exposé.

Directed by seven Finnish women filmmakers – Alli Haapasalo, Anna Paavilainen, Reetta Aalto, Jenni Toivoniemi, Kirsikka Saari, Elli Toivoniemi, and Miia Tervo – Force of Habit follows six different women of varying ages across a range of encounters and experiences of gendered abuse, ranging from sexual harassment to rape. Unlike traditional anthologies that largely isolate each story in temporally independent segments, Force of Habit instead weaves between each story, cutting back and forth between its different scenarios. I use the word “weave” here quite deliberately; structured in this manner, we have what feels less like the usual anthology film which are a succession of separate yet often interlinked stories, and something here much closer to a tapestry, where different threads from different experiences are carefully pulled together to form an entirely new image.

Here, that tapestry forms the image of a map. Force of Habit is a cartography of sexual abuse and harassment that, instead of implying a hierarchy of trauma or ‘seriousness’ of these scenarios, instead reconfigures these experiences as elements of a collective whole and presents them as different parts of the exact same picture. What those individual stories are in this sense are almost beside the point – there are so many that they could be, it is suggested, that this is just a handful of almost random ones. But from a schoolgirl getting harassed on public transport, an office party where drunken chat takes a turn for the worse, or a vicious, violent rape by a stranger, the deliberate structuring of Force of Habit in this way is a constant reminder that these are not separate, isolated incidents: they all stems from the same root cause.

What unifies of each of these separate threads is the isolation each woman experiences. None react in the same way because their experiences are all so different, but when their gender marks them as targets for predators, the end result is as psychologically devastating as it is often physical. But by emphasizing how each of these women are ultimately alone, the presentation of their stories as a singular whole simultaneously brings them together. In the spirit of transparency, it may be that the time I watched this film synched up with real-world events I have found extremely difficult to cope with. But this is perhaps somewhat disingenuous because it assumes these recent events of which I spoke about earlier here are an anomaly. To be clear: they are not. The “force of habit” of the title is not merely a reference to the behaviour of the men that perpetrate these acts, but to all of us to accept the status quo, and to wait for things to get to such a boiling point that the protected can no longer be hidden from exposure. Force of Habit is an electrifying reminder that sexual abuse and harassment are everyday phenomena, and until that stops being synonymous with “business as usual”, nothing will change.