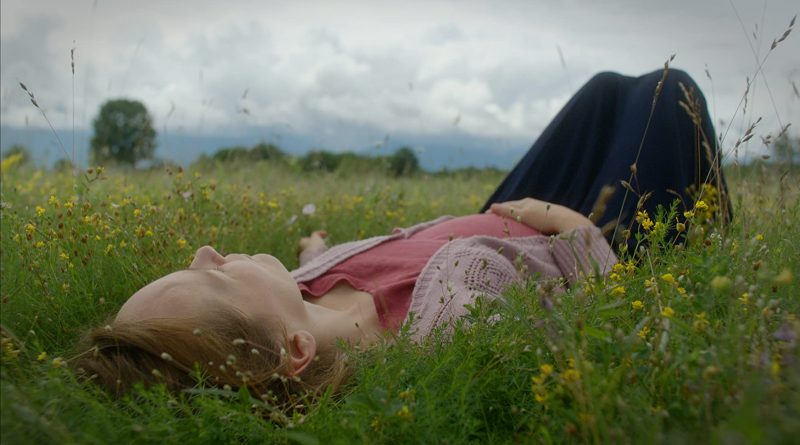 Grief colours the cinematic landscape with frequency, but it just might be the most difficult emotion to convey on-screen. There’s nothing simplistic about mourning, or about a person’s existence being upended while they attempt to come to terms with the loss of someone else’s. There’s nothing easy or straightforward about the feelings that arise — for the deceased, for their absence in your life, and for all the ways that everything you knew, had, cherished and wanted in the future will now unavoidably change. Grief is universal, common and recurrent, touching everyone. That said, it’s also intimate, intricate and specific. It’s never the same experience twice, with each and every person not only enduring it differently, but the process varying widely for each lost loved one.

In Antoneta Kastrati’s Zana, grief is ever-present. It’s also as powerful, complex and multi-faceted as it’s ever been in a film. And, it’s placed in multiple contexts — paired with trauma, as well as post-traumatic stress, and with its impact explored within marital, broader family and overall societal confines. Set in Kosovo after the European state’s 1998–99 war, and inspired by the reality that Kastrati survived the conflict while some of her nearest and dearest didn’t, Zana watches on as the beleaguered and overwhelmed Lume (Adriana Matoshi) endeavors to cope a decade after the combat’s end. Her rural village has moved on as best it can, holding annual memorials to those killed but still proceeding with everyday life; however for Lume, the notion of finding a new sense of normality is as painful as remembering her pre-war happiness.

There’s never any doubt in Zana that Lume has struggled for the past ten years; while the feature’s flashbacks hail back to before the war, the devastation that the combat waged on her family is so decisive and heartbreaking that it’s understandably all that the character can think of. What sparks the film’s drama, though, is the persistent insistence of her mother-in-law Remzije (Fatmire Sahiti) that she have a child — another one, after losing her young daughter in the conflict. That’s a concept that Lume can’t and won’t handle, not that her blatant stress and anxiety troubles anyone around her. Husband Ilir (Astrit Kabashi) is eager to expand their family, as is expected by their community, and to please his mother. And, in an effort to motivate Lume into adhering to her wifely duties, Remzije even dangles the possibility of Ilir taking a second spouse over their already-fraught household.

Remzije also enlists as much outside assistance as she can to attend to Lume’s perceived fertility problem, courtesy of an array of untraditional sources: healers with unorthodox methods, as well as mystics who trade in the supernatural, including of the TV celebrity kind. The idea that Lume could be cursed becomes a focal point, meaning one thing to Remzije, Ilir and a parade of relatives with fixed opinions of Lume’s role in the family, and another completely to the woman herself. As Kastrati vividly depicts, her central figure is of course both damned and haunted in her own heart and mind, destined to never forget the child that’s no longer by her side. Adding extra potency is the filmmaker’s determination to keep staring into the lamenting face of her protagonist as she’s considered little more than a maternal vessel by her village, while Remzije and company bury their own post-war feelings in superstition, and — in the film’s most intense and fervid scenes — when Lume is continually physically, mentally and emotionally overcome by her predicament.

That decision places much on Matoshi’s shoulders, and she’s ably up to the task. Moreover, the Unwanted and Aga’s House star demands the camera’s attention with an internalised but still raw performance that’s on par with her work in 2017’s The Marriage. When the frame does veer elsewhere — surveying small-town Kosovar life, her daily farming chores, and regular community rituals and activities — it adds detail to Lume’s world, but she’s where both the film and its viewers always want to focus. When the movie leaps back in time, it furthers Zana’s portrait of trauma, as well as deepens the audience’s understanding of Lume’s current state. And when Kastrati favours a more expressive visual way to convey Lume’s headspace and the events contributing to her prolonged suffering, with the filmmaker’s cinematographer sister Sevdije Kastrati helping to give the feature’s aesthetics a subjective look and feel, there’s no evading the character’s agony. The same is true in graphic footage that, like the rest of Zana, glares purposefully at a difficult situation.

As scripted by the director with co-writer and producer Casey Cooper Johnson, Zana layers all of the above together to craft a film guided by one resolute truth: that loss and trauma, especially when caused by war, inescapably change everything. Kastrati’s commitment to this fact is strong and searing, but that should come as little surprise given her documentary background, with Zana her first fictional feature. Still, rare is the movie that leans into the topic and emotion so commandingly, and that unpacks an entire society’s treatment of women in the process. Lume grieves for much, and her grief is given room to fester, spread and echo; Zana grieves not just with its protagonist, but for senseless losses, restrictive gender roles, and for lives and choices that aren’t one’s own.