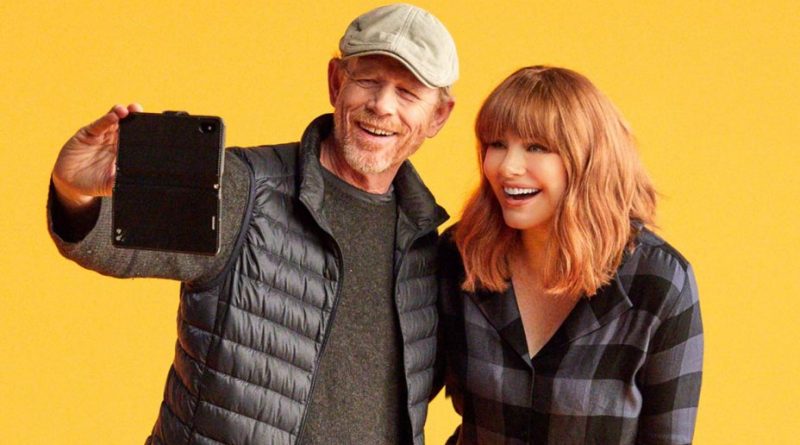 Bryce Dallas Howard set out to create a tribute film to her father, Ron Howard, and grandfathers, but through the process, she ended up with a movie to which we can all relate. Dads looks at the lives of Hollywood celebrity dads Judd Apatow, Jimmy Fallon, Neil Patrick Harris, Ken Jeong, Jimmy Kimmel, Hasan Minhaj, Conan O’Brien, Patton Oswalt, Will Smith, and Kenan Thompson.

The dads convey a wide spectrum of feelings and emotions with sure-fire delivery of funny and serious anecdotes about their kids. Their stories brighten your spirits while making you think about your own dad’s influence in your life.

As the film’s principal Dad, Ron Howard beams whenever he’s asked “How proud are you of your daughter’s directing debut?” His responses to that question and to “What does it mean to be a dad in today’s society?” are covered in Sarah Knight Adamson’s interview.

“This project is something that Bryce is really passionate about. This is really her film. I’ve been very impressed by her point of view and her vision and the way she’s followed through,” Ron Howard comments.

Dads releases on Apple+ on June 19 to celebrate Fathers’ Day.

EDITOR’S NOTE: This interview was conducted on September 7 2019 at the Toronto International Film Festival. It was first published on AWFJ.org on September 9, 2019.