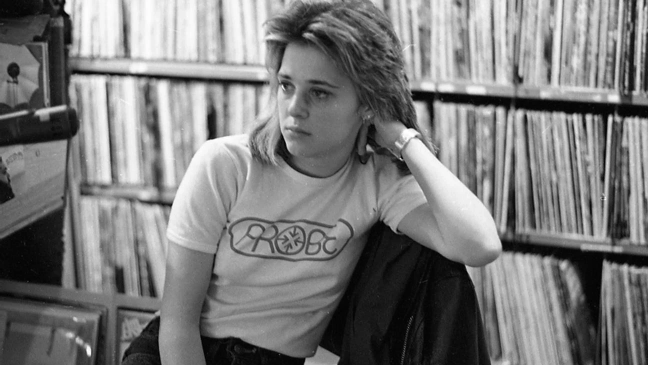 “All that thunder coming out of this little girl.” That’s how Lita Ford of The Runaways describes seeing and hearing Suzi Quatro for the first time, when the latter’s 1973 single ‘Can the Can’ brought her to fame — and why the Detroit-born and -raised, Elvis-worshipping, leather catsuit-wearing, bass-playing slip of a young rocker instantly made such an impact. In classic bio-doc fashion, an array of other famous faces offer similar thoughts in Suzi Q. Also seen on-screen: a considerable lineup of fellow female rockstars, such as Ford’s The Runaways bandmates Cherie Currie and Joan Jett, Blondie’s Debbie Harry, Talking Heads’ Tina Weymouth, The Go-Go’s Kathy Valentine and L7’s Donita Sparks, all noting how they were inspired and influenced by Quatro. Their words and adoration are important, recognising a music legend and idol who, thanks to her greater success in Europe and Australia, hasn’t always been given the credit she’s due in America. But in this celebratory documentary, it’s Quatro herself who’s the pivotal figure.

That might seem like a given. And, it should; this is a documentary about Quatro, after all. But, as the genre keeps proving, not all music docs are created equal. Australia-based director Liam Firmager (King of the Mountain) could’ve compellingly sifted through Quatro’s life, from her girl band beginnings to her Happy Days stint to her continued tours today, and made an informative and entertaining chronicle just from the existing material available. He calls upon all of the above, naturally, but that isn’t all he does. Quatro is a frequent presence here, not only via the standard treasure trove of archival footage and photos, as well as the constant sounds of her catalogue of hits, but thanks to her present-day to-camera interviews. That isn’t an unusual is star-focused documentaries, but Quatro on Quatro is always something special.

Laying out her career in a chronological manner — all 56 years and counting, since first forming all-girl rock group The Pleasure Seekers in her garage with her older sister Patti and two neighbourhood friends — the singer behind ’48 Crash’, ‘Daytona Demon’, ‘The Wild One’ and ‘Devil Gate Drive’ doesn’t hold back. She’s candid and forthright about everything she has experienced, from the difference between the perception and the reality (“I wasn’t a sex, drugs and rock ’n’ roll girl,” she notes), to the many highs and lows as well. It’s the latter that adds detail and intrigue beyond the known story, of course, especially when Quatro recalls her struggles, pain and disappointment. Always appreciated for her upfront, no-bull, genuine approach and public persona, she’s the same when discussing her early days in London, her family’s seeming resentment of her success, the media frenzy over the ostensible mismatch between her image and her move into motherhood, and her marriage to her guitarist Len Tuckey.

Other talking heads help fill in the details, such as Tuckey, their children Laura and Richard, Quatro’s sisters Patti and Nancy, and producer and songwriter Mike Chapman. Alice Cooper, who she toured with, and Henry Winkler, who she acted with, also offer their applauding and admiring thoughts. And, although in less time than afforded the beginning and heyday of her career, Suzi Q additionally explores Quatro’s other acting work, including on the stage; her books and radio programs; and her live following, particularly in Australia. Firmager doesn’t lack content to cover — Quatro released her 24th album in 2019, so there’s much to touch upon — but he knows that his time with his subject now, in reflective mode, is his star attraction.

Style-wise, perhaps that’s why Suzi Q opts for a polished but never overly slick look and feel. Nodding to Quatro’s breakthrough days, it takes its cues from the ‘70s in its text and graphics on-screen, while proving workman-like in its blend of interview clips and historical footage otherwise. Or, perhaps Firmager just realises that taking Quatro’s no-nonsense lead is the best way to honour her, especially when she’s always front and centre showing how it’s done. His film is an ode, rather than a probing piece of documentary cinema; however that doesn’t mean that it isn’t revealing, driven by a remarkable and enduring talent, and crafted to do her justice.