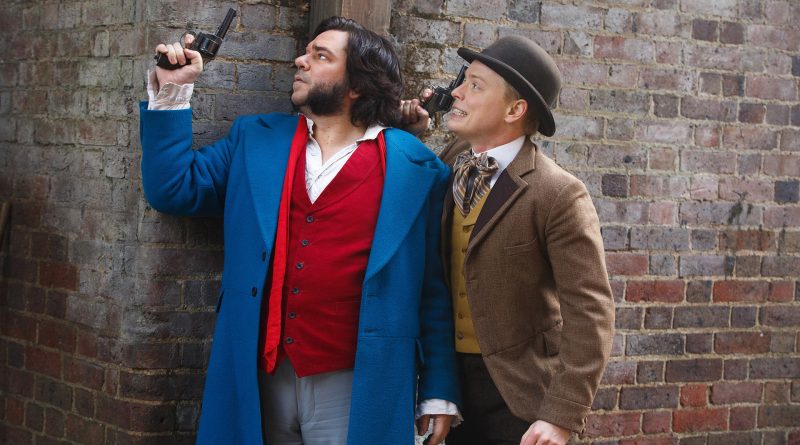 The Year of the Rabbit is the most ridiculous series on television — and that’s good news. This police-procedural, streaming on Topic, is knee-slappingly funny. Take one burly, tough, blow-hard, inebriated cop. Park him in the late Victorian Age in the East End of London and turn him loose on crime.

Detective Inspector Rabbit and his sibling Weasel were named by his father for animals. In many ways, Rabbit is one. He’s also an excellent sleuth, partnered with two unlikely coppers: Wilbur is white, a dapper romantic, always falling for the little women; Mabel is black, the adopted daughter of Rabbit’s Chief Inspector.

Through the six episodes, the trio saunters and gallivants and sneaks about London, looking for murderers and thieves and, it turns out, a secret society of angry women. These women, seriously irked by society and supported by a Bulgarian countess, grab hold of Wilbur and Mabel.

Abetting the good cops are an eldress bar keep, who liquifies Rabbit with adult beverages; a one-eyed detective, who may not be trusted; a luscious lover for Rabbit; and, of all people, Joseph Merrick, aka The Elephant Man, who turns out to be quite the mole.

Berry delivers Kevin Cecil and Andy Riley’s lines as if they were gold bricks. The dialogue comes complete with Cockney rhymes, filthy words (it helps to have read Victorian pornography like Frank Harris’ My Life and Loves), and anachronisms, like the especially funny newfangled-telephone bits.

The Year of the Rabbit is bold and bawdy and perfectly ridiculous.