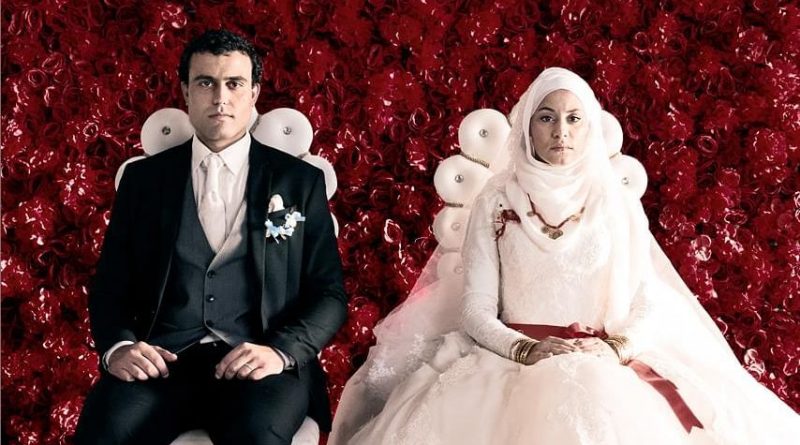 Written by Florian Öeller and directed by Sherry Hormann, A Regular Woman (Nur Eine Frau, the exact translation of which is Just a Woman) is a German narrative feature that fictionalizes the story of Hatun Aynur Sürücü, a 23-year-old woman shot to death by her brother in an ‘honor killing’ in 2005. Seasoned and award-winning actress Almila Bagriacik, who plays Sürücü, is not only mesmerizing to watch, she is the spitting image of the real-life victim.

The film begins at the end, a la Sunset Boulevard, with a reveal by the narrator that she is the dead body under the bloody white sheet near a Berlin bus station. After introducing her Turkish, ultra conservative Muslim family, and warning us of who will betray her and who will stand by her side, she goes backwards in time to when she is 16, and married off to her cousin. A ‘change of owner’, as she calls it, means she will be shipped off to her ancestral home in Turkey to be the proper wife of a stranger and bear his children. In less than a year, pregnant with his child and marked with the telltale bruises of abuse all over her body, she flees him and returns to her parents’ home in Berlin.

She is not welcome. Life with her family devolves, so she goes to a German Home for Underaged Mothers. Determined to live a happy, independent life with her son, she takes classes, finds friends, and builds a support system. It is the fact that she loves her family that has her returning again and again to them, even with her brothers calling her incessantly to berate and insult her. As the audience watches her attempt to move forward, the film evokes a mix of outrage, hopelessness, and resignation. We know her fatal flaw is her optimism, and her belief that her family can change.

Bagriacik has to carry the film, and she does it ably, vacillating emotionally between hurt, determination, trust, and feeling betrayal, sometimes within one scene. There is a stillness to the way she portrays Aynur, yet we also see both her inner turmoil and steely determination. Playing a woman with such bravery in what is ultimately a tragic story, is a tall order indeed.

The film uses photography as part of the storytelling, which works well, and lends an artistic quality, but also serves to question what is objective and subjective in this story. This is especially true when pictures of Hatun Aynur Sürücü and her real family and friends are mixed in with those of the actress and her co-stars. In reality, several witnesses testified that three of her brothers were involved in the killing, but only her youngest brother was held accountable. What is the true story? Will seeing frozen moments allow for better, truer, or wider perspectives?

One of the best aspects of the film is the commitment by writer and director to create the experience through Aynur Sürücü’s voice. It is written and narrated in the first person. This is particularly powerful in the first scene, when she shows viewers lots of different women, saying she could be any one of them, before she pans over to her own dead body.

Though A Regular Woman shows the cruelty and tragedy of honor killing, it does not condemn Islam, and that is as it should be. Honor killings are not caused or encouraged by Islam, in fact there is condemnation of these crimes in Mohammad’s teachings, and the Shariah. Honor killing has been a plague to society dating all the way back to Roman times, when the male head of the family had the right to kill a single, sexually active daughter or adulterous wife. The crime has always had a direct relationship to patriarchy, and its desire to keep women from self-determination. It is most prevalent in patriarchal cultures where women have gained economic independence and go against a male-dominated culture.

Hormann says that Öeller’s script strictly adhered to the court documents, and both had many conversations with Aynur’s friends and associates, so if the story feels true to life, it’s because it is taken from real life. This is one time when someone lost to honor killing, or what Bagriacik prefers to call “family murder”, as there is no honor in these acts, is given back the voice that was so brutally taken from her. She deserves to be heard.