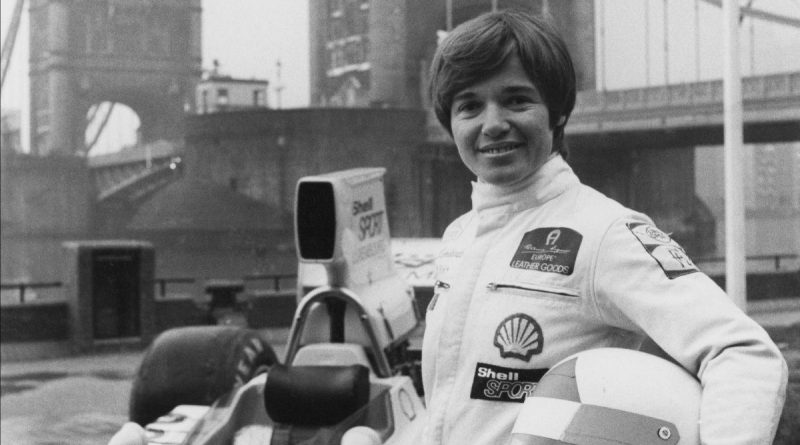 In Beyond Driven, the dearth of female auto racers is in focus with the centerpiece of one trailblazing small-town Italian girl, Lella Lombardi. Her life story is told sequentially and in chapter-like formation, dressed in personal commentaries from her loving first cousin Patrizia Lombardi, with key moments captured and artfully rendered in animation by Konee Rok.

This is an energetically paced film for anyone who is a racing devotee and who appreciates the history of early Formula 1 and other elite 1970’s-era racing matches.

Beyond Driven’s ‘feel’ is similar to last year’s brilliant film, Ford vs Ferrari, in that lesser known heroes of the fast-paced sport are given their cinematic due. It also reveals that elite auto racing is totally a no woman’s land to this day, just as it was in Lella’s time. The premise behind this documentary is ostensibly to shine a light on the history of the sport and on the women making gains today, while paying respect to Lella’s legacy.

The twist for Lella was that a horrific tragedy occurred during what should have been her year, 1975. Fate cheated her thanks to the grievous mistakes made by racer Rolf Stommelen, who crashed into the crowd at the Spanish Grand Prix, killing five spectators. This was the race for which Lella should have been noticed and lauded. But people only remember the carnage. Ultimately, Stommelen died in 1983 in a crash. Lella passed in 1992 from breast cancer at age 50 and was laid to rest in her hometown of Frugarolo, Italy.

The beauty of Beyond Driven: Lella Lombardi and the Women of Formula Racing is that filmmaker Riyaana Hartley does an excellent job as narrator and director, while entwining Lella’s story with those of other top female personalities in the sport. We see how Lella ascends in the sport without delving too deeply into her private personal life.

Tough and focused, Lella was a middle-class small town Italian girl who was urged by the town priest to marry and have “bambinos.” But Lella, who loved racing motorcycles around town, opted to become a delivery driver for her family’s butcher’s shop. She used her contacts, wits and tenacity to weasel her way into racing in the Formula 3 world. And at that fated Spanish Grand Prix in 1975, Lombardi became the first, and still only, female driver to win F1 World Championship points.

The old footage of Lella shows what a gracious and kind person she was. One boorish reporter asks her if she feels like a doll out there as she races, and in the nicest way possible she tells him to stuff it — without saying anything overtly rude. These snapshots of this woman show her humble and cooperative nature despite the fact that she’s tearing up the tarmac with the cocky big boys in a sport where one wrong move can mean death.

There are fascinating interviews with other women racers including Colombian racer Tatiana Calderon, Italian racers Vicky Piria and Giavanna Amati, German racer Beitske Visser, British racer Alice Powell, Emirates racers Amra and Hambda Al Qubairsi and the controversial Spanish racer, Carmen Jorda. We find out that Jorda was Twitter-shamed for remarks she made stemming from an interview written and reported out of context. The journalist framed her remarks in a way that made Jorda express an opinion that women did not have the stamina and strength for the sport. Jorda clarified this mistake during her on camera interview.

Specific issues that are covered in the film’s chapter structure include “The Glass Ceiling” and “The Boys’ Club” among others.

The early to mid-1970’s were the time of great accomplishments for Lella Lombardi who continued to race, but sadly she never reached the same heights again after that tragic race in Spain.

Lella’s life and the history of her accomplishments are more than just inspirational to other female drivers. You can tell she was a quiet force of nature, blessed with tenacity and her compelling life story is a great motivator for all women to follow their passion, whatever it may be.

Educating and enlightening, Beyond Driven is a rallying cry that races to the finish line with heart and hope that women in sports get the financial remuneration they are entitled to. Not just money, but the opportunities they deserve and the respect that anyone who gives their all and succeeds should get. It is action-packed, uplifting and heartwarming, a trifecta of all the good things a well-done documentary should be.