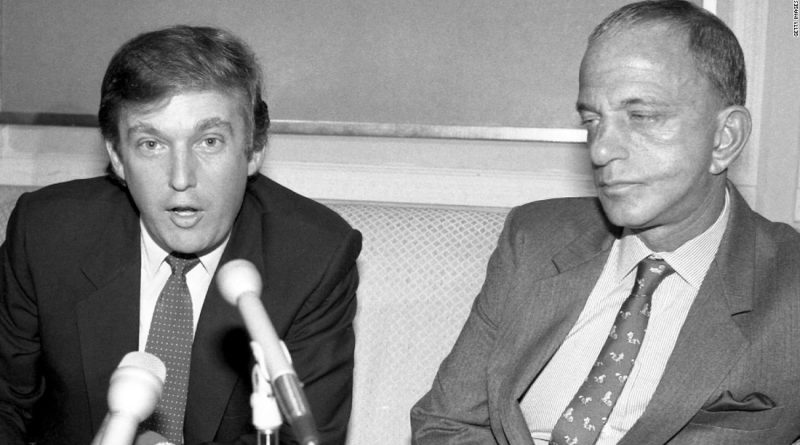 Last year’s documentary, Where’s My Roy Cohn? was so fine that film-goers might think they’re done with Roy Cohn, a lawyer/fixer. In director Matt Tyrnauer’s documentary, Cohn is shown as the disbarred master of the dark art of law, as evil, as a self-hating Jew and homosexual.

The director of this documentary, Ivy Meeropol, took its title, Bully. Coward. Victim., from Cohn’s block in The Names Project AIDS Memorial Quilt. There is little doubt that he was a bully and, therefore, a coward, but Meeropol proves that he was also a victim. In an interview in The New York Times, Meeropol said, “I think he’s a victim of his own ideas of what it meant to be a man and what it meant to be tough.”

Meeropol had to come to terms with Cohn: she is the granddaughter of Ethel and Julius Rosenberg, whom Cohn basically sent to their executions as spies. Meeropol weighs Cohn’s public life against his private life. In public, he was Joseph McCarthy’s right-hand lawyer, Donald Trump’s mentor, and a tax-avoiding cheapskate. In private, he was gay in a time when that could mean the end of being a lawyer. Instead, Cohn’s lawyering ended because of his rapacity as he denied that he had AIDS until the moment he died — of AIDS.

Meeropol interviews her father, Michael Meeropol, who fought his whole life to redeem his parents, and she talks with journalists, such as the gossip columnist Cindy Adams and former Washington Post columnist Lois Romano. Meeropol also interviews Nathan Lane, who portrayed Cohn in Angels in America, and Tony Kushner, who wrote that brilliant play of forgiveness. She talks to relatives of Cohn and to his law colleagues.

But she never loses track of the connection between Roy Cohn and his mentee, Donald J. Trump. As in Tyrnauer’s Where’s My Roy Cohn?, Meeropol strengthens the link in the chain between the two as she films another chapter in Trump’s origin story. Bully. Coward. Villain. has the advantage of compassion, but it is still righteously damning. Now streaming on HBO.