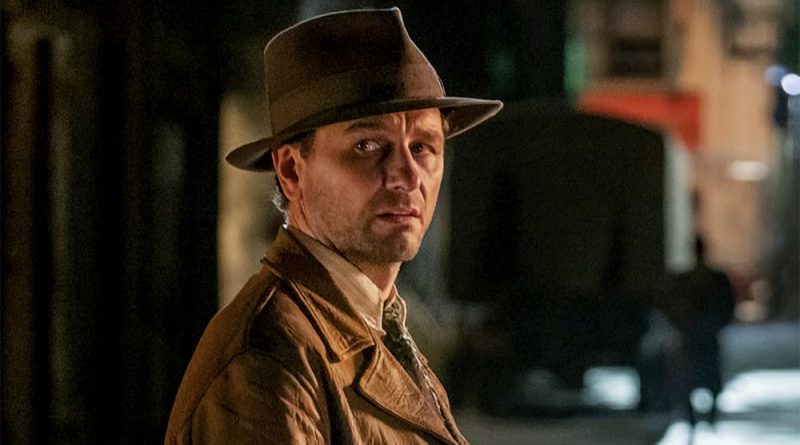 This edgier, re-imagined version is set during the Great Depression in the early 1930s, and Perry Mason has become a seedy, boozy, cynical private detective, played by wiry Matthew Rhys (The Americans).

“He lives and dies by his mantra: ‘There’s what’s legal and there’s what’s right,’” says Rhys. “The one thing that elevates him is his sense of justice. In his past, he was dealt such a huge blow by a betrayal of justice. It kind of becomes his North Star. So regardless of his means, ultimately, if what he does is right, it’s warranted.”

What most impressive are John Goldsmith’s period-perfect settings and Emma Potter’s impeccable costumes. Disheveled Perry Mason has a perpetual five-o’clock-shadow and sports a signature fedora.

On the Granger Movie Gauge of 1 to 10, Perry Mason is a grim, gruesome, gritty 4. Take it or leave it.