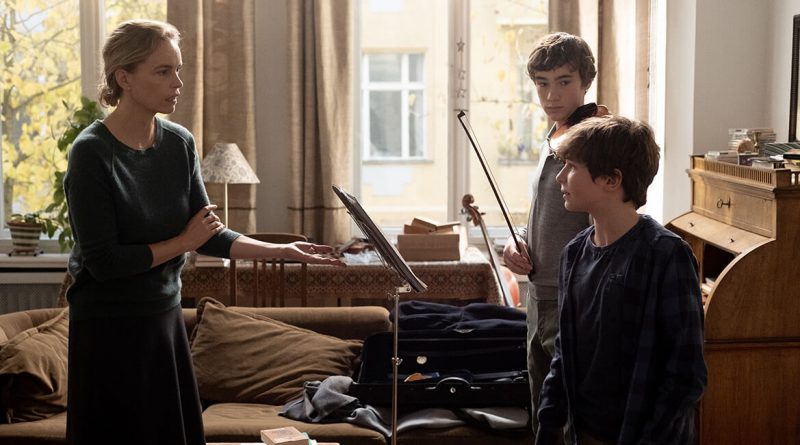 The Audition is akin to 2014’s Whiplash in a way, but with a demanding female instructor and a naïve yet promising violin student instead of a cocky young drummer and a sadistic male music teacher in the form of J.K. Simmons, who won an Oscar for his performance. But the real conflict on screen exists inside of German actress Nina Hoss as the high-strung Anna, who lives a rather complicated double life as she is devoted to her French violin maker husband while carrying on an affair with a cello player. She also is obsessive about her young protege yet is barely involved with her own sullen pre-teen son’s life. Hoss is the main reason to watch this often chilly and somewhat nerve-wracking drama that leaves much to the audience to decide.

There is something about Hoss that reminds me of the late Sandy Dennis, in that she has an air about her that makes her stand out from a crowd. Like many stars of foreign films, her Anna is allowed to look and acts like a real-life everyday person. But she has her quirks. When she meets her French husband for dinner at a nearby restaurant, Anna immediately wants to change their table. Her spouse acts as if he were expecting it to happen. After ordering, she once again feels the need to switch spots. Once her pasta dish arrives, Anna suddenly commandeers her husband’s meal as her own. Not since When Harry Met Sally… have I witnessed a character so fussy about her dining experience.

It isn’t hard to discern that matters will not end entirely well for Anna’s prized student and for her own loss of control when it comes to playing the violin. The Audition would definitely be in a minor key if it weren’t for Hoss’s well-modulated emotional outbursts and physical reactions. There is plenty of Bach to be heard on the soundtrack but film’s female star is the one who keeps everything in tune.