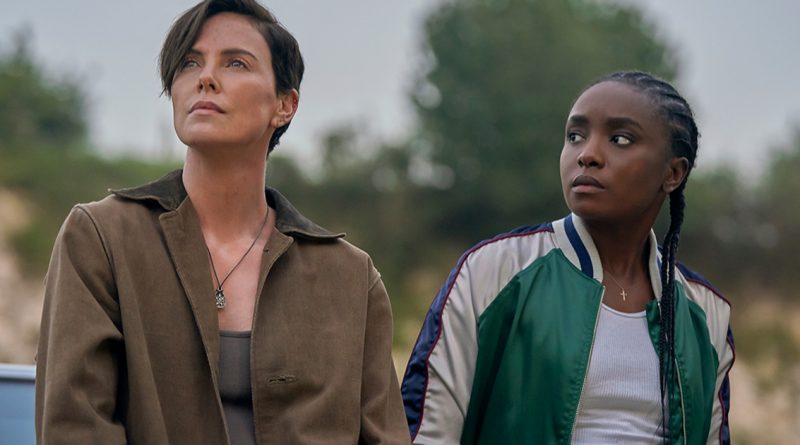 As superhero action movies based on a series of comic books go, Netflix’s The Old Guard manages to spin a few new tricks on an overdone genre as it takes its cues from Peter Parker’s motto, “With great power comes great responsibility,” but with a twist at its center. The main quartet of crusaders vanquishing evil in this adventure are centuries-old immortal mercenaries who have the ability to magically heal their own wounds and live to see many more days of do-gooding.

While director Gina Prince-Bythewood is better known for relationship dramas such as Love & Basketball and Beyond the Lights, she has the chops to stage some bad-ass physical mayhem. But she also weaves in some emotional hooks into her material, given the weariness borne by the quartet of ancient beings as they keep having to save the world. And lucky her to a have a welcome crew of actors on board, especially Charlize Theron. The film doesn’t quite hit the heights of her down, dirty and shorn war-rig commandeering Furiosa in 2015’s Mad Max: Fury Road, who handily upstaged the male titular hero played by Tom Hardy. But it is diverting enough to those sheltering in place with some relief.

Theron’s brunette Andy aka Andromache of Scythia is the elder of the group that includes Matthias Schoenaerts, Marwan Kenzari and Luca Marinelli as they are tasked by an apparent ally played by Chiwetel Ejiofor to go on a mission to save kidnapped schoolgirls in South Sudan that turns out to be a trap. Eventually we learn there is a rather twerpy British baddie played by Harry Melling, a Big Pharma jerk out to steal the secret of how they manage to mend themselves by collecting their DNA.

Matters become more intriguing when it is learned there is a newbie immortal being in the form of Nile, a young gung-ho female Marine (KiKi Layne of If Beale Street Could Talk) stationed in Afghanistan. She dreams of the ancient heroes and they of her and soon Andy – whose powers are slowly winding down – gets to tutor Nile in their ways.

I heaved a sigh when Andy solemnly muses whether her gang has made a difference in the universe. As she puts it, “We’ve done nothing. The world isn’t getting better, it’s getting worse.” Honey, I know what you mean. As escapist fare goes, The Old Guard is engaging enough most of the time. That it has the guts to suggest this might be franchise worthy with a scene before the end credits might be a bit too optimistic. But if it draws a decent viewership, The Old Guard just might come to life again.