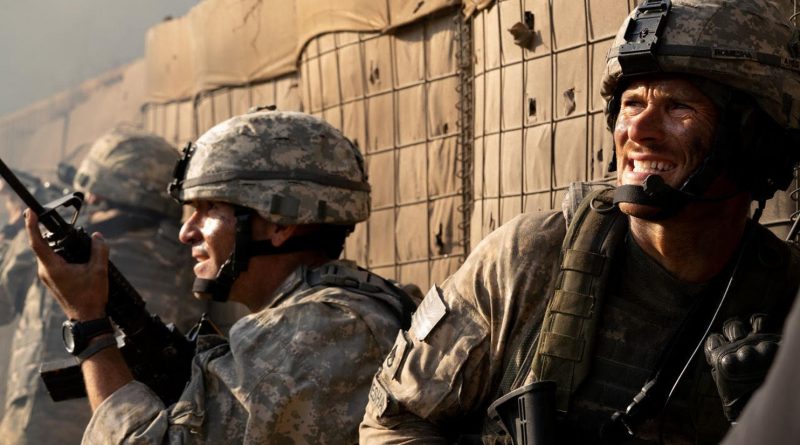 Based on the true story of Afghanistan’s bloodiest engagement, the 2009 Battle Kamdesh revolves around 53 brave U.S. soldiers in a remote Outpost, tucked deep in a valley at the base of three mountains near the Pakistani border.

In charge is First Lt. Benjamin Keating (Orlando Bloom), whose mission of ‘counterinsurgency’ involves bartering with local village elders for their cooperation since the vulnerable Outpost is surrounded by hundreds of Taliban militants.

The Army is actually planning to abandon the Outpost but no one has informed the troops. Instead, they’re ordered to move a huge truck up a narrow road with tight, treacherous switchbacks so it can be used elsewhere.

Based on CNN journalist Jake Tapper’s “The Outpost: An Untold Story of American Valor” (2012), the visceral action thriller was adapted by Paul Tamasy and Eric Johnson and adroitly helmed by former film critic-turned-director Rod Lurie (“The Contender,” “Nothing But the Truth”), a 1984 West Point alum.

Scott Eastwood delivers a memorable performance. When he voices the line – “No, not today” – his vocal tone/delivery is exactly like Clint’s – and it’s eerie that his real-life character is named Clint.

NOTE: since theaters are closed, try to view this in a darkened room on as big a TV screen as possible. Do not try to watch on an iPhone or laptop because it’s not as effective.

On the Granger Movie Gauge of 1 to 10, “The Outpost” is an intense, indelible, immersive 8, commemorating courage at its highest level.