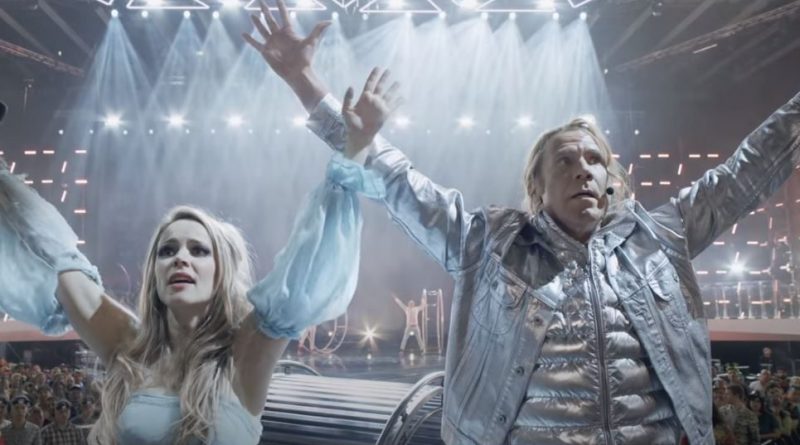 Eurovision Song Contest: The Story of Fire Saga is a lot of fun.

The actual Eurovision Song Contest has provoked many a joke, so why shouldn’t Will Ferrell pile on?

This fluffy little film, streaming on Netflix, provides just the distraction needed in annus horribilis. It has music and romance, irony and silliness plus several energetic choruses of Ya Ya Ding Dong.

Ferrell plays Icelander Lars Erickssong, his surname a musical pun. Lars is weird. The whole town thinks so. But Sigrit Ericksdottir doesn’t. She likes him. She sings with him. And, no, they are not brother and sister. Probably. She also believes in elves.

Iceland hasn’t won in a long time, so she asks the elves for help. The result is an unbelievable turn of events. In Sigrit’s amazed estimation: “The elves went too far.” That lands this duo in mighty big production numbers, including the final one with the fireworks where Blades of Glory” meets Pitch Perfect (as another critic put it). It’s so bad that it’s good in the tradition of the Eurovision Song Contest.

Graham Norton, the Irish chat show host who jokes often about the contest, appears in the film as an announcer. Better than that, Dan Stevens provides lots of laughter, but not song as his melodies are dubbed. Rachel McAdams extends her image as a sweetie, but she doesn’t sing either except to mix her voice with a former Eurovision contestant, Molly Sandén. Ferrell, who is rarely antic, achieves poignancy at times.

Ferrell, well known for Anchorman and Telledega Nights, co-wrote the story with Andrew Steele, who has credits for Saturday Night Live and The Daily Show. Together, the two have played down the knee-slappers for something subtler. Well, except for those Ding Dong reprises.

The international song competition, put on by the European Broadcasting Union since 1956, was cancelled this year due to the pandemic. So Eurovision Song Contest fills in with just enough sweetness and sappiness and silliness to distract. Stay tuned through the credits as the cast is listed with the flags of their native lands.