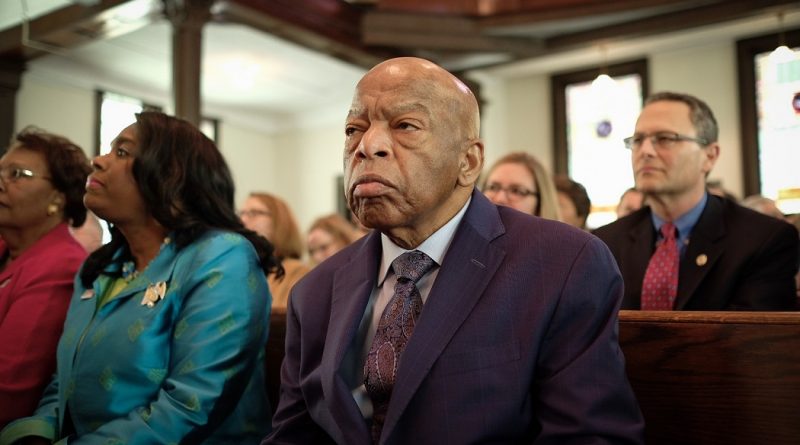 Dawn Porter’s documentary John Lewis: Good Trouble is a stirring tribute to the 80-year-old civil rights hero and Georgia Democratic U.S. representative who eschewed violence while putting his own life on the line during protests in the early ‘60s.

Growing up in Troy, Alabama, where his sharecropper family grew cotton, he wanted to be a minister and delivered sermons to the chickens raised on their farm. Instead, he devoted himself to making sure that he followed his dream by accompanying Martin Luther King Jr. on that fateful march from Selma to Montgomery, where he would suffer a fractured skull after white state troopers attacked the peaceful crowd.

Yes, we get to witness his ongoing commitment and how he can’t walk through the D.C. airport or other common areas without getting his hand shaken or getting a kissed on his cheek. And then there is a reminder of how a video of Lewis bopping along to the song Happy on his birthday went viral.

But the documentary is also a clarion call to warn us that our election this fall, even before coronavirus came into our lives, is in danger of being compromised. Lyndon Johnson signed the Voting Rights Act of 1965 and the presidents who followed continued to support it. But then in 2013, the Supreme Court decided take away the need to have states get federal approval before changing their election laws. That’s how black Democrat Stacey Abrams lost by the teensiest of margins to GOP rival Brian Kemp, who actually oversaw elections in the state as he ran against her.

Lewis, for one, is hopeful. His closing words before the credits roll are “We will create the beloved community. We will get there. I still believe we shall overcome.” We need his brand of good trouble more than ever.