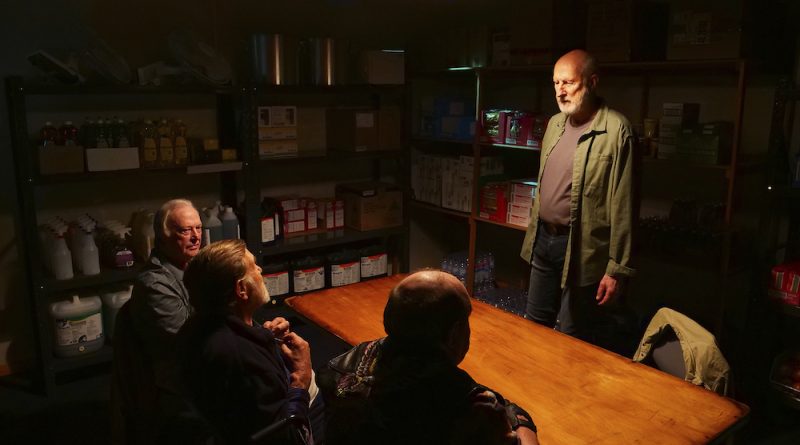 The funny and heartwarming comedy Never too Late from director Mark Lamprell (A Few Less Men) tackles aging, friendship and living life to the fullest.

They made quite a name for themselves especially when they were captured and then escaped from a Vietnamese POW camp.

That was then. Fast forward 50 years, and these guys– although brash and cocky as ever–have been slowed by Father Time. As luck would have it, the war buddies are reunited at a nursing facility for retired veterans. Each have several reasons why they arrived there. One thing is for sure. They want out of the place now. Wendall, Angus, Jeremiah and Jack may be old, but they still believe they have a lot of life left to live and some unfinished business to handle before the clock stops.

Jack is especially worried that he won’t be able to marry the love of his life, Norma McCarthy, (Jacki Weaver, Silver Linings Playbook), a nurse at the facility who is starting to suffer from dementia and is being transferred from the nursing home for treatment.

So, they devise a plan to bust out of the place and even manage to get one of the head nurse’s sons (Zachary Wan, The Unlisted) to go along with their half-baked scheme.

And 90-year-old Hank, (Max Cullen, TV’s, Doctor Doctor), is a testy World War II survivor who wants in on the action too.

While they think they have everything down pat, things don’t jump off as smoothly as they hoped. In fact, even their backup plans fail rather spectacularly.

Watching their every misstep is what makes “Never too Late” a funny and endearing romp.
(Three Out Of Four Stars).