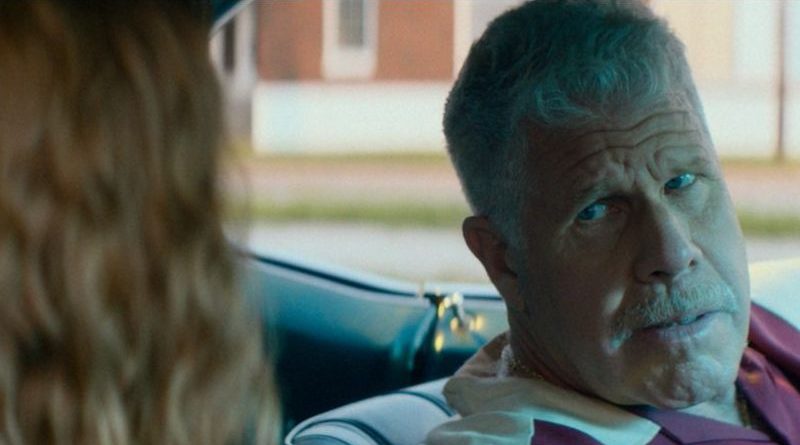 Despite its solid performances and atmospheric potential, too many plot holes and incomplete ideas push Oklahoma filmmaker John Swab’s Run with the Hunted off track.

From the idyllic rural countryside to the urban caverns of downtown, the Tulsa-based Swab takes advantage of his hometown’s versatility in lensing his second feature film, a sort of modern-day turn on Charles Dickens’ Oliver Twist.

The gritty crime drama starts with small-town teenager Oscar (Mitchell Paulsen) fishing with his dad (William Forsythe, one of several notable character actors in the film), who advises him to take the Sunday sermon to heart and “step up” if he sees someone in need.

Oscar’s neighbor and young love Loux (Madilyn Kellam) definitely qualifies: She and her younger brother Amos (Evan Assante) are abused by their alcoholic lout of a father Persey (Brad Carter), and Oscar’s parents seem divided over how much they should intercede.

So, Oscar takes matters into his own young hands, killing Oscar and fleeing for the big city.

Oscar quickly falls in with a street urchin named Peaches (Kylie Rogers), who takes him to her home in an abandoned warehouse and introduces him to her “family of broken toys,” a group of adolescent con artists and shoplifters. The fledgling crooks operate under the leadership of slovenly Fagin type named Sway (Mark Boone Junior), who works for hardened gangster and hunting enthusiast Birdie (Ron Perlman, who also is an executive producer).

Birdie trolls the ranks of Sway’s teenage misfits for potential henchmen for his two-bit criminal empire. Although Peaches is his favorite, he takes an immediate liking to Oscar.

After a bloody tragedy, the story skips 15 years into the future, with Oscar (now played by Michael Pitt) leading his own band of junior criminals he refers to as “the Lost Boys.” He and Peaches (Dree Hemingway), now a goth exotic dancer, are a couple, and they both still work for Birdie, who tries to maintain his grip on his top two lieutenants by playing them against each other.

Run with the Hunted also features stalwart performances by Isiah Whitlock Jr. as a prickly low-rent private detective, Slaine as a grimy dirty cop and local favorite Darryl Cox as a shady politician.

Swab clearly has literary aspirations for the film, with references to J.M. Barrie’s Peter Pan, John Steinbeck’s The Grapes of Wrath and S.E. Hinton’s Rumble Fish, and the writer-director has some interesting ideas about childhood innocence, trauma and struggles to understand the adult world.

The ideas, aspirations and performances never coalesce into a coherent, compelling story, but there’s enough potential to keep watching what Swab does next.