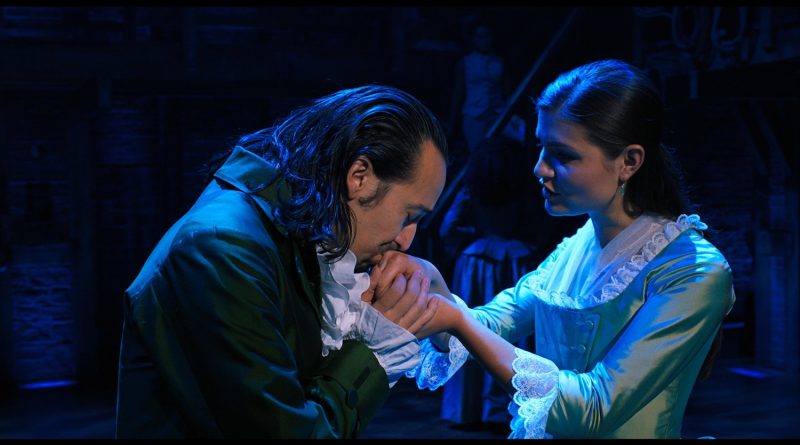 The wait is over, and now scores more people have their shot at “Hamilton.”

The filmed version of the original Broadway production of the 11-time Tony Award-winning musical debuted early Friday exclusively on Disney+, and it’s hard to imagine a more patriotic way to spend the Fourth of July holiday weekend than with Lin-Manuel Miranda’s revolutionary telling of the story of American revolutionary Alexander Hamilton.

Billed as “the story of America then, told by America now,” the Pulitzer Prize-winning pop-culture phenomenon is perhaps even more timely than it was when it was filmed at Broadway’s Richard Rodgers Theatre in June 2016. After all, “Hamilton” is designed to feature a cast of primarily people of color bringing to vibrant, complicated life our vibrant, complicated country’s Founding Fathers and Mothers. With this year’s protests against system racism, that creative choice seems even smarter and more urgent than before, even if “Hamilton” only makes a few pointed references to slavery.

The filmed version was originally scheduled for fall 2021 theatrical release, but the clever folks at the Mouse House hustled up the streaming premiere in response to the coronavirus pandemic. Although it meant defusing a couple of f-bombs – which “Hamilton” producer, writer, composer and star Miranda, to his credit, accepted with good-natured humor – to land the PG-13 rating required for Disney+ release, having the stupendous show available on the popular streaming service is a huge victory.

After all, Broadway is closed for at least the rest of the year and the tours have been idled due to the pandemic – and even if they weren’t, theater tickets remain out of range for so many people that the Disney+ debut instantly makes the groundbreaking musical accessible to millions more people.

Helmed by Thomas Kail, who also directed the show on Broadway, the “live capture” version of “Hamilton” manages to preserve much of the incredible electricity and innovation of the trailblazing musical. Nothing can compare to the energy of live theater, but to Kali’s credit, he maximizes the advantages of filming with several cameras over multiple performances, ensuring that “Hamilton” remains an engrossing epic.

Even if the film version lose some of the magic of a collective live experience, it still has an unstoppable advantage with Miranda’s trailblazing score that fuses hip-hop, jazz, blues, rap, R&B and show-tune stylings, crackling as colorfully as a July Fourth fireworks display.