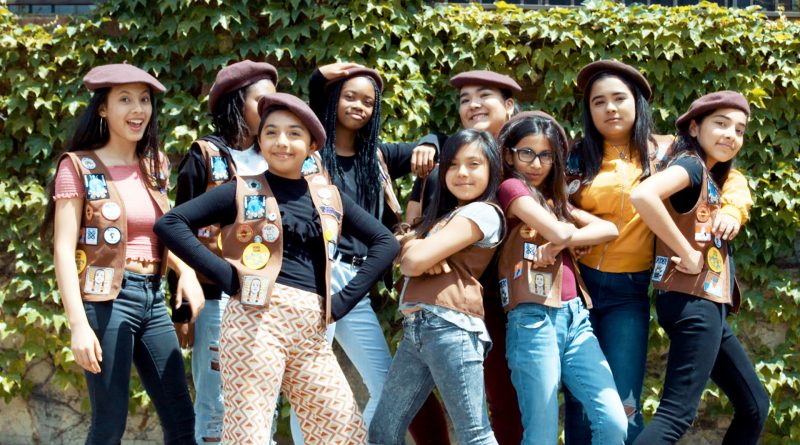 Who wouldn’t want to be part of the Radical Monarchs, a much cooler version of the Girl Scouts with a focus on social justice and empowerment for young Black and Latina girls? Director Linda Goldstein Knowlton’s winning documentary We Are the Radical Monarchs is a compelling and moving introduction to this grassroots group, founded in Oakland, CA, in 2014 by Anayvette Martinez and Marilyn Hollinquest, two tireless community activists and best friends.

The tween girls in the Radical Monarchs troop are delightful; smart, sensitive, full of zest. One can understand why Martinez worried that her vibrant young daughter might wilt in a regular Girl Scout troop where, for many of these girls, they would be the sole girl of color. The founders work hard to keep the Monarchs engaged: there are uniforms, merit badges, outings to meet activist leaders, past and present, and participation in marches for social justice issues including Black Lives Matter and trans rights.

There are informed, personal discussions about bullying, standards of beauty and LGBTQ rights, all done in a caring, educational manner that is clearly fostering respect for oneself and for others as well as developing self-reliance and leadership skills.

The film follows Martinez and Hollinquest hard at work as they supervise guidelines for other communities that want to launch their own Radical Monarch chapters. Meanwhile, we get to know some of the irrepressible young girls in the group and their engagement and empathy are remarkable. We Are the Radical Monarchs is a great introduction that deserves a sequel.