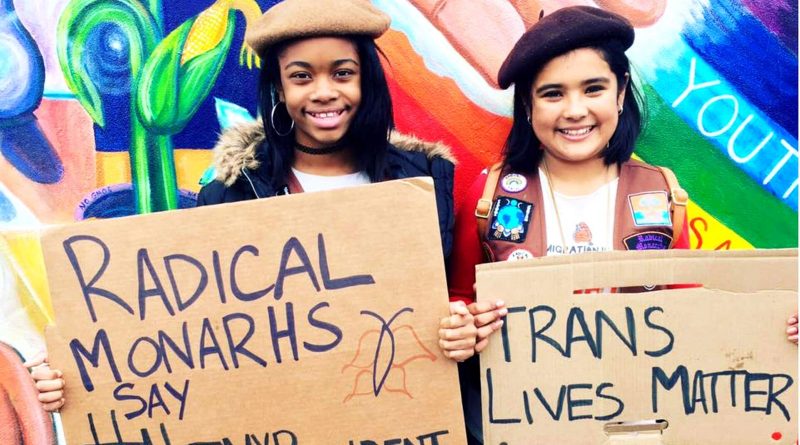 If you are in desperate need for some hope for our future as a country – and who doesn’t need some positive energy these days – the documentary We Are the Radical Monarchs will fill in that gap quite nicely. Who are the Radical Monarchs you might ask. Think about a progressive scouting troop based in Oakland, Calif., that is dedicated to girls of color aged 8 to 13, one that empowers them to speak out on the wrongs and prejudices that are infecting our nation right now while learning how to stand up for social justice in myriad forms.

Director Linda Goldstein Knowlton initially focuses on the two female friends – one Latina, one Black and both gay mothers — who in 2014 came up with the idea of a Girl Scouts-type club that focused on serving their community, standing up for themselves and instilling pride in who they are. We witness how activists Anyavette Martinez and Marilyn Hollinquest connect to their charges while talking about such matters as police violence and gay pride in a way that they can understand. Their badges reflect such concerns as Black Lives Matter, sisterhood, radical self-love and joy. We learn that the founders of the movement have various branches now of Radical Monarchs around the U.S. But the true stars are the girls as one by one they come out of their shells, gain confidence, find their voices and express their concerns while bonding together as a unit.

Yes, at one point they go camping at a park and eat s’mores by a roaring fire. But these aren’t cookie pushers. Instead, these youngsters just might grow up to be saviors of our American ideals and principles. The doc sometimes is a little too you-go-girl, but the Radical Monarch members’ unfiltered words manage to keep it real.