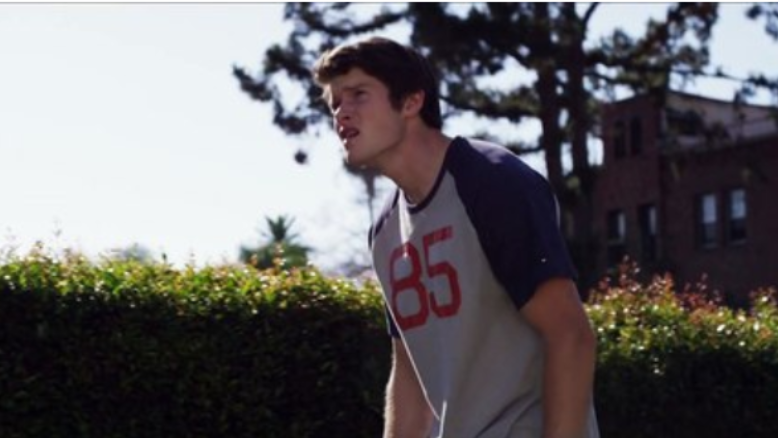 In a field where the highbrow conceits of so-called ‘elevated’ horror will always tend to dominate the more sophisticated terrain of criticism concerning the genre, I stand unhesitating in my defiance that there’s nothing quite as fun as a good, solid low-budget teen horror movie. Not every horror film has to have Oscar buzz, and that’s OK. Not every horror film has to have A-list stars, and that’s OK too. Of course, I’m not alone in this – it’s that sense of the genre being a kind of treasure hunt, where we search hidden corners for buried treasure, that in my experience most self-identifying horror aficionados live for. Horror is a field where diamonds in the rough not only flourish but are embraced.

This is largely the terrain where we find Jax Medel and Day 13, her supernatural riff on Rear Window. Colton (Alex MacNicoll) lives with his struggling single mother Lisa (Darlene Vogel) and his annoying younger sister Rachel (Meyrick Murphy), and in his father’s absence he has largely had to step up to the plate when it comes to providing a male presence in the family’s home. At the end of her emotional tether, Lisa hotfoots it to Spain for a getaway with the girls to try and get herself back on track. Which leaves Colson in charge, spending his summer vacation babysitting rather than looking for a girlfriend which is what is best friend Michael (Jeremy J. Tutson) has been urging him to do.

But fate, it seems, decides to come to Colton in the shape of Heather (Genevieve Hannelius), his new neighbour who has unexpectedly moved into the abandoned house across the road with her creepy adopted father Magnus Torvald (Martin Kove) – his name alone, perhaps, a riff on Rear Window’s Lars Thorwald? Obsessed with the sudden arrival in the long-empty house, Colton’s research leads him to an eerie neighbourhood story about missing children, Satanism and a decades old unsolved fire that wiped out all of his neighbourhood, except the home Heather now calls her own. Setting up surveillance cameras just like a modern-day James Stewart from Hitchcock’s classic neighbourhood surveillance classic, Colton’s investigation leads him to a much darker truth than he ever expected.

Solid performances from an evenly cast film carry the nice screenplay by Dan Gannon and Walter Goldwalter, and Medel herself delivers a really tight little horror film here that maintains its integrity right through until the frankly bewildering final few moments that feel like they were cut and pasted in from another movie altogether. This aside, the pleasure of Day 13 is not where it takes you, but the journey itself, and on this front it’s a really satisfying way to kill an hour and a half and a nice reminder that horror comes in all shapes and sizes.