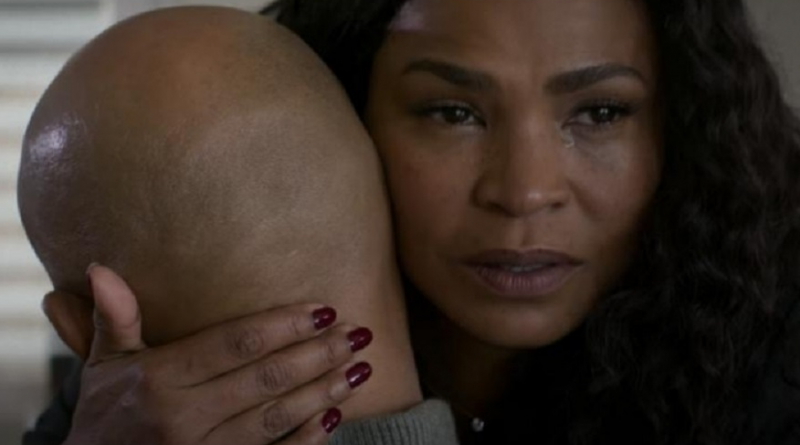 In Fatal Affair, which borrows a page or two from the 1987 Glenn Close/Michael Douglas classic, Fatal Attraction–sans the rabbit– Nia Long stars as Ellie Warren, a savvy and well-heeled attorney. Her handsome husband Marcus (a wonderful Stephen Bishop, TV’s Criminal Minds) is a sought-after architect and their adorable daughter Brittany (Aubrey Cleland, TV’s The Rookie) is heading off to college at U.C. Berkeley.

Now it’s just the two of them in their new, swanky, ocean side house near San Francisco. By all accounts Ellie and Marcus have perfect lives. But looks can be deceiving.

With 20 years of marriage and the crazy amount of time devoted to their jobs, it’s not always easy to keep the sparks flying. Plus, Marcus was down for the count after a devastating bicycle accident and is just now recovering. Both hope their new plans will turn things around. Ellie is considering starting her own legal practice and Marcus may land a huge commercial property deal which will allow them to set their own schedules.

Of course, we all know that the best laid plans can sometimes go astray.

When Ellie goes to work and discovers the firm has hired her old college friend David Hammond (a terrific Omar Epps, TV’s This is Us) who is a surveillance specialist—aka a professional hacker–and will work with Ellie on a case, well, she’s startled. David is a smooth operator. Always has been. So, Ellie should have passed on David’s “friendly offer” to catch up over drinks. But, she didn’t.

Their conversation includes personal information about her marriage which David–who is divorced–sees as an open invitation. Compliments flow between them as freely as the wine. Before long they’re slow dancing and down for a little bathroom romp until Ellie realizes it’s a big mistake and leaves.

David is not about to be ignored. He starts texting and stalking Ellie. Dude is crazy. He’s seeing a psychiatrist to deal with a dark issue from his past involving his ex-wife which adds a nice twist to the story line. David even goes so far as to connect with Ellie’s best friend and co-worker Courtney (TV’s Agents of S.H.I.E.L.D.). He even arrives with her as a dinner date at Marcus and Ellie’s house.

In fact, David gets closer to everyone that Ellie knows, including Marcus who he invites to play golf. It’s all a means of control and intimidation. David also threatens to show Marcus pictures of them together. Now Ellie is afraid of what could happen.

And for good reason. David ups the ante and goes ballistic to get next to Ellie forcing her to come clean with Marcus before this lunatic destroys everything they’ve worked for.