As the film festival world increasingly accepts that a shift to the domestic small screen is the most responsible and realistic way forward in the face of COVID-19, the Melbourne International Film Festival has tackled the challenge head on. While still featuring an impressive 112 films – consisting of 12 world premieres, 83 Australian premieres and 44 short films – the festival has acknowledged the dramatic shift in its exhibition model by releasing the 2020 program not as the 69th edition of the festival as it should have been, but under the more humble banner of MIFF 68½. 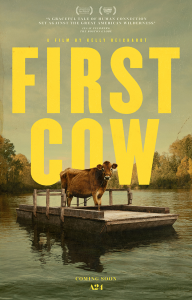 A clear effort has been made to maintain the integrity of some of the festival’s flashier events, and as such, online versions of gala events – Opening Night, Centrepiece and Closing Night – are the big draw cards of this year’s festival. Launching the festival is the Australian premiere of Kelly Reichardt’s breath-taking First Cow, which follows the hugely positive reception to the acclaimed director’s earlier films Certain Women and Night Moves at the festival in previous years. Women are a focus in front of the camera in both the Centrepiece Gala and Closing Night films, with Behn Zeitlin’s riff on the Peter Pan tale Wendy screening at the former, and Pablo Larraín’s extraordinary Ema with a career-making performance from Mariana Di Girolamo in the title role. 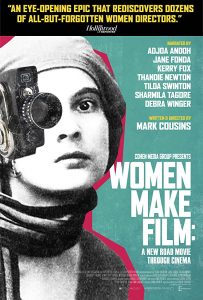 Of course, if there is one screening not to miss this year at MIFF – or anywhere, if you get the opportunity – it is Mark Cousins’ epic five-part Women Make Film: A New Road Movie Through Cinema, a 14-hour journey through the often invisible role of women directors in the history of cinema. Kazik Radwanski continues his role as a MIFF favorite on the back of previous screenings of How Heavy this Hammer and Tower with the Australian premiere of his latest, Anne at 13,000 Ft. starring Deragh Campbell in the title role. A program highlight is undoubtedly Christine Molloy and Joe Lawlor’s adoption thriller Rose Plays Julie, is an unmissable film about a young woman who tracks down her birth parents and learns the history of her origins.

Other feature films directed by women – mostly Australian premieres – are also not in short supply including Monica Zanetti’s Ellie & Abbie (& Ellie’s Dead Aunt), Gitanjali Rao’s Bombay Rose, Myriam Verreault’s Kuessipan and Emma Seligman’s Shiva Baby, and of course the first installment of Ilya Khrzhanovskiy and Jekaterina Oertel’s long-awaited DAU. Natasha. A personal highlight that I would unhesitatingly recommend is Jayro Bustamante’s La Llorona, which reframes the famous legend of the ‘weeping woman’ through the lens of the Guatemalan genocide.

And while the world premiere of Jo-Anne Brechin’s locally shot romantic comedy Paper Champions might be the Australian-made feel-good highlight of the festival (starring none other than Australian screen legend Gary Sweet), there is also no lack of women elsewhere behind the camera in the short film department. This extensive program alone includes world premieres such as Lillian Paterson’s Call History, Victoria Singh-Thompson’s Don’t Forget to Go Home, Madeline Gottlieb’s Laura, Nora Niasari’s Tâm, Lianne Mackessy’s Not a Wallflower, and Sarah-Jane Woulahan’s highly anticipated (by me, at least!) Objects of My Disaffection.

A focus on women both in front and behind the camera is also visble across a number of other documentaries aside from Cousin’s Women Make Film, including Australian premieres such as Steven Bognar and Julia Reichert’s 9to5: The Story of a Movement, Tania Cypriano’s trans health documentary Born to Be, Amanda McBaine and Jesse Moss’s Boys State, Christopher King and Maia Lekow’s The Letter, Jane Magnusson’s Maddy the Model, Catarina Vasconcelos’s The Metamorphis of Birds, Ulrike Ottinger’s Paris Calligrammes. Music documentaries run the gamut from Kirby Dick and Amy Ziering’s much-hyped Russell Simmons documentary On the Record, all the way through to Alison Ellwood’s The Go-Go’s, a vibrant celebration of the essential 80s girl group whose influence has often been underplayed. For those with a taste for more experimental documentaries, both Allison Chhorn’s The Plastic House and Marija Stojnić’s Speak So I Can Hear You also warrant emphasis. 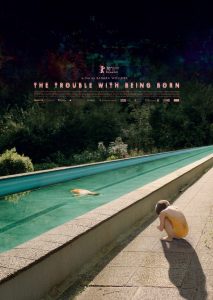 Ultimately, however, the most interesting – even audacious – inclusion in the program is the Australian premiere of Sandra Wollner’s controversial debut feature, The Trouble With Being Born. If there is one film that will be talked about this year at MIFF, this is it. The program’s carefully worded description indicates just what a powder keg this film truly is; “visceral scenes and a formidable vision combine to make this film a confronting – and controversial – provocation on artificial intelligence, moral worth and what it means to be alive”. Certain to prompt passionate debate, the story of an android who appears to be a 10-year-old girl begins with a challenging exploration of her life with her adult male owner…well, suffice to say, this first part of the film alone is certain to provoke. For this film alone – along with many other reasons – MIFF 2020 will be a notable one.