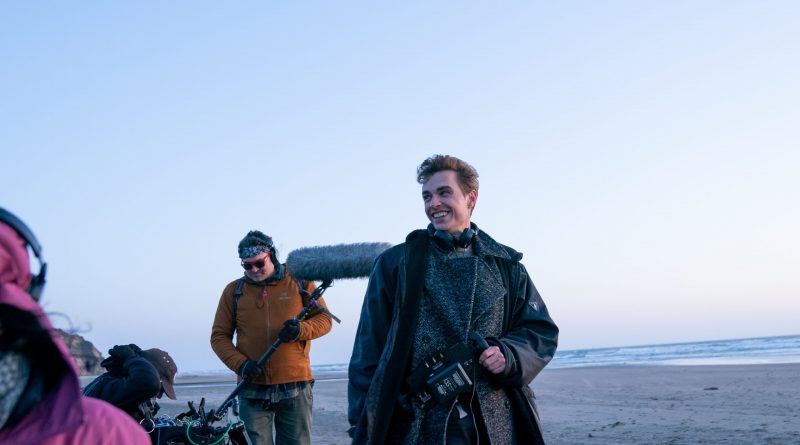 Dave Franco, best known for acting chops in comedies such as The Disaster Artist and Neighbors, takes his first turn at directing with The Rental, a creepy little horror thriller. In a recent interview, he discussed how comfortable he felt behind the camera, why he loves horror films and how he came up with the idea for The Rental, and how it was working with his wife, Alison Brie, who stars in the film.

Lana Wilson-Combs: Congratulations on The Rental. It’s a very suspenseful, directorial debut. Was directing something you always wanted to do?

Dave Franco: Yes, I’ve been wanting to direct a feature for a long time. I started directing over a decade ago when I was making short films for the Website FunnyOrDie.com, when they were first getting going. I’ve been wanting to take that leap for a while, and I guess I was just waiting for the right project. Once I wrote this script, I realized I knew these characters and this story better than anyone and I had a strong idea of what I wanted to do. Then once I was on set, I realized I knew a lot more than I thought I did. I’ve acted in so many movies and I’ve been on so many sets that I just felt comfortable on the set. I knew the dynamics of how things work as opposed to some first time directors who get on set and that’s their first time on any set ever and so they’re learning just the basics of how things work. So, I felt I was able to skip steps with that. And in regards to this being a horror film, you know people mostly know me from the comedies that I’ve acted in and I think they’re surprised that I want to take on horror as my first time directing. But as a viewer there is nothing that I love more than a horror film especially a smart kind of elevated version of one. I think about directors right now like Ari Aster (Hereditary) Jordan Peele (Get Out), Amy Seimetz (She Dies Tomorrow) and Jeremy Saulnier (Green Room) and when I look at their films they approach everything in a more nuanced atmospheric sort of way. They really take their time to get under your skin. Then when they take their punches, they really land hard and they linger long after the movie ends. As opposed to some horror films you know they have these disposable two-dimensional characters and it’s more about these cheap jump scares and you forget about the movie as soon as it ends.

Wilson-Combs: Where did you get the idea for The Rental? Did it come from an actual bad vacation experience at an Airbnb?

Franco: I haven’t had a full-on horror story at an Airbnb, but in my mind there’s all this stuff happening to me at all times that you see in the movie. I’m just a pretty paranoid person about being spied on I guess and it all made me think about how the country is as divided as it’s ever been and no one trusts each other, yet we trust staying in the home of a stranger simply because of a few reviews online. We don’t know who these people are, and we also don’t know who we’re renting to and we don’t know what they’re going to do in our home. It was like trying to kind of figure out that mentality, you know why do we subject ourselves to this knowing that we could potentially be putting ourselves in harm’s way.

Wilson-Combs: Were there any challenges you encountered directing the film?

Franco: Yeah. The weather. We were shooting on the coast of Oregon. I guess I was prepared for the rain, but I wasn’t prepared for the wind. There were like 50 mph winds certain days and that just messes with the sound and just everything including the fog and the fog is a huge part of the film. And there is fog in that area, but we brought in big fog machines to enhance it, but you can imagine how difficult it is to try pump fog into a scene when there are 50 mph winds blowing it right out. That was probably the most stressful part of the film.

Lana Wilson-Combs: Did you enjoy having to tell your wife Alison Brie what to do on set?

Franco: You know. (He laughs). I didn’t have to tell her to do much. She’s so good. She really made my job easy and I loved having her there for a few different reasons. I’ve obviously known how talented she is but being in a position where I was watching her so closely for five weeks, I realize she’s one of the best. It warmed my heart that she would nail it on the first take every time. I would go up to her and be like ‘we got that. I’m happy to move on but we can also play around, whatever you want. In addition to that it was just nice having her there with me. As a first-time director there were moments where I would get in my head a little bit and start to doubt myself in certain ways and she was there to build me up in the right way.

Wilson-Combs: How have you been coping during this pandemic? A lot of people have started doing things they’ve never thought to do like baking bread and other stuff. Is there anything you’ve been doing differently?

Franco: One thing that is very apparent is how horrible of a cook I am. My wife has been a superhero and she is doing pretty much all the cooking and I’m trying to pull my weight in other ways with cleaning, but we’ve realized when it comes to the end of the world, I need her a lot more than she needs me. In terms of being productive, there’s no excuse not to write right now. We’ve had ideas that we’ve wanted to sit down and work on for a long time. Alison and I wrote a script (a romantic comedy) during the quarantine that would be for me to direct and for her to star in again.