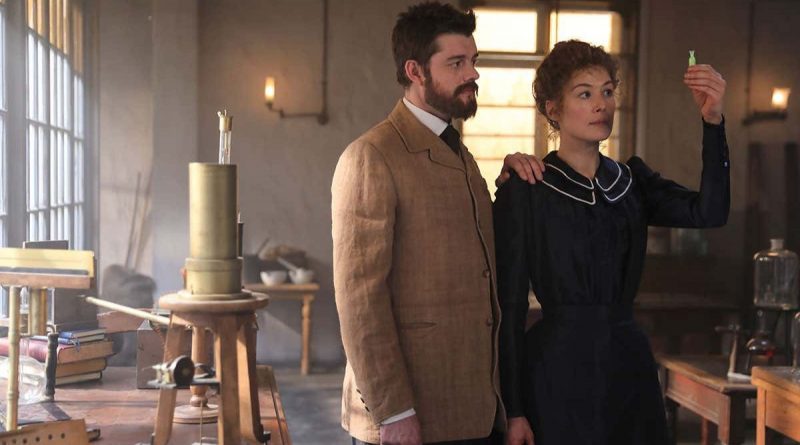 In late 19th-century Paris, Marie meets fellow scientist Pierre Curie (Sam Riley, “Control”). The pair went on to marry, raised two daughters and changed the face of science forever by their discovery of radioactivity. In 1903, the pair jointly won the Nobel Prize in physics for their discovery, making Marie the first woman to win the esteemed prize.

After the death of her beloved Pierre, Marie’s commitment to science remained unwavering and her work went on to win her second Nobel Prize, taking with it the responsibility for discoveries that changed the world.

Radioactive delves into the legacy of an extraordinary life, the transformative effects and ensuing fallout of the Curie’s work and an exploration of how this impacted the defining moments of the 20th century. Continue reading on THE WEEK IN WOMEN