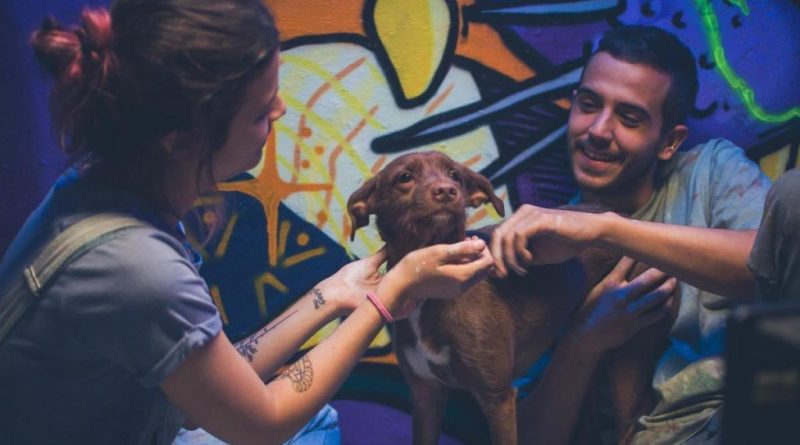 Medellín, Colombia. Drug trafficking and the violence accompanying it dominate news and film coverage connected with Colombia. What a breath of fresh air, then, to watch writer/director Catalina Arroyave’s Days of the Whale situated firmly in the Colombian middle class, though control of the streets through intimidation and retaliation ominously limits the freedom of graffiti artists Cris and Simón.

Part of an art collective, Cris lives with her upper-middle-class father and stepmother. Her own mother, who has fled to Spain after her editorial Who Controls Medellín? brought death threats, encourages Cris via Skype calls to join her. Simón and her graffiti art keep Cris home, though shakedowns from street gangs lead Cris and Simón into dangerous confrontations, especially when they paint a whale over a ‘Snitches Get Stitches’ warning on a wall. Significantly, Cris says she chooses the whale because “they take care of their babies.” Enigmatically, a symbolic whale appears avant-garde style at three junctures, though the heart of this appealing, realistic character study remains very personal: painting striking, vibrantly colored graffiti on walls; hanging out with art students; enjoying camaraderie segueing into romance; fostering a rescue dog; and dodging gang members.

Director/writer Arroyave writes she wanted to make a movie about growing up in Medellín, showing a young woman “who is strong and vulnerable” and “not idealizing the female character.” She wanted natural actors (and they are) and a fluid camera. In fact, cinematographer David Correa F. bravely shoots handheld, almost exclusively in medium distance or close-up shots. His expertise saves the visual experience from what too often is vertigo with lesser accomplished Steadicam operators. Here, our sharing of close space with the characters pulls us into their emotions and experiences. So, too, Victor Acevedo’s music and the eclectic song mix of Colombian hip-hop and Cuban salsa intensify scenes without ever feeling heavy-handed or intrusive. In her debut film, Arroyave shows a strong control of character, mood, and style. She’s a talent to watch. In Spanish with English subtitles, Days of the Whale is at the Outsider Pictures website.