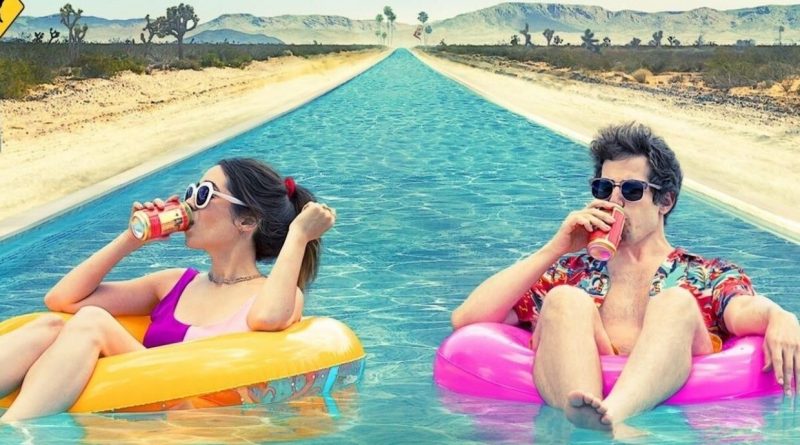 An obvious descendant of the Groundhog Day plot device, it’s set a destination wedding at which Nyles (Andy Samberg) is a guest; he’s the nihilistic boyfriend of a bridesmaid named Misty (Meredith Hagner).

It seems he’s been trapped for a long time in a seemingly endless time-loop on the day of the ceremony.

When Nyles hooks up with the maid-of-honor Sarah (Cristin Milioti), the bride’s recalcitrant sister who admittedly drinks too much and sleeps around, she unwittingly follows him into a mysteriously-lit cave, where she becomes stuck in the time-warp too.

“We have no other choice but to learn how to suffer existence,” Nyles tells her, as she makes one-attempt-after-another to escape.

While this 90-minute romantic comedy might have quickly come-and-gone in movie theaters, having it continuously streaming when we’re trapped at home during this pandemic, waking up and going through the same routine, day-after-day, seems to strike a familiar emotional chord.

Curiously, despite its location-specific title, it was actually filmed over a 21-day period in Palmdale and Santa Clarita, California.

On the Granger Movie Gauge of 1 to 10, Palm Springs is a skittish 7, if you enjoy existential sci-fi.