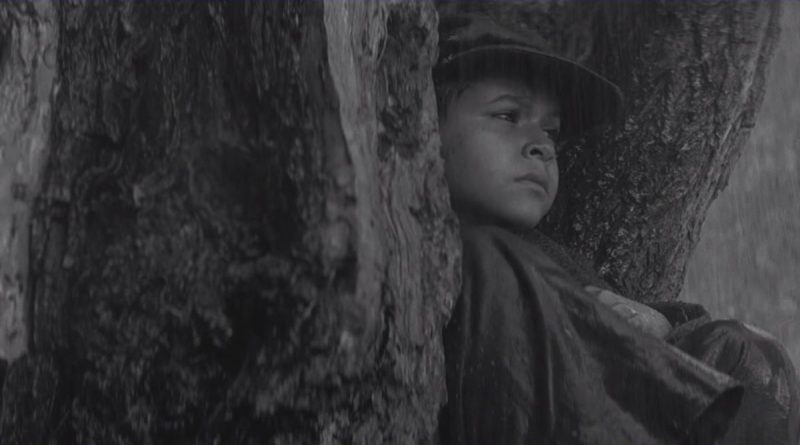 Filled with horrifying, unrelenting violence, it begins as a somber six year-old Jewish lad (Petr Kotlar) is abandoned by his parents in Eastern Europe. As he stoically wanders from village to village, he’s subjected to one grotesque atrocity after another from superstitious peasants as he tries to elude Russian Cossacks and the Gestapo.

In one segment of this odyssey, he’s buried up to his neck in dirt so crows can pick out his eyeballs. In another, he’s raped repeatedly by a pedophile who is, subsequently, eaten alive by rats. There’s sexual perversion, even bestiality. And as Jews jump off freight trains bound for concentration camps, they’re systematically gunned down and stripped of their goods and clothes.

Years after its publication, Kosinski’s uncompromising memoir was debunked by Polish authorities, who claimed his family – hiding as Christians under false names – had been sheltered by friends and that he was never handed over to the Nazis. Others claim some elements were lifted from the tormented childhood of his friend, Polish director Roman Polanski.

The title comes from a story about catching and painting the feathers of a tiny songbird; when it’s set free and returns to its flock, it’s considered an outcast, attacked and killed.

FYI: This film was the Czech Republic’s 2020 Oscar entry.

In Czech, German, Russian and pan-Slavic Esperanto with sparse English subtitles, on the Granger Movie Gauge of 1 to 10, “The Painted Bird” is a barbaric, stomach-churning 4. Under no circumstances would I recommend it.