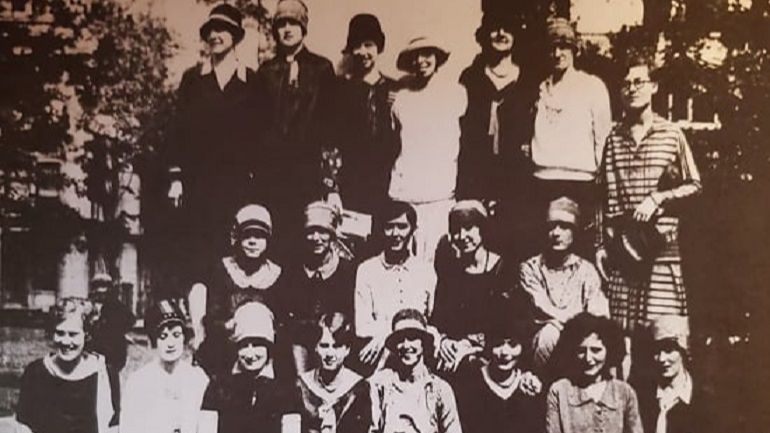 Suzanne Bauman’s 1985 documentary The Women of Summer is a revelation. The award-winning veteran director, working with historian Rita Heller, has crafted a lively, informative and important film about the landmark residential summer school program that brought hundreds of young working women, most toiling in the country’s textile mills, to the Bryn Mawr College campus from 1921 to 1938.

But this was no ivory tower do-gooder effort. The progressive, experimental program, the first of its kind in the US, taught women about labor history and organization and encouraged activism. Many of the students, just teens or younger when they started working in factories, went on to become union organizers, social justice advocates or continued their educations at colleges and universities. Most of the instructors were women. Among the who’s who of guest lecturers in the program were W.E.B. DuBois, Frances Perkins, Margaret Sanger and Eleanor Roosevelt who is seen briefly in the film’s fascinating archival footage.

The documentary unfolds in the early 1980s when summer program alumni have gathered at Bryn Mawr for a reunion, complete with an outdoor concert from Ronnie Gilbert and Holly Near who sing Bread and Roses and other union anthems. The women, now elderly, describe their experiences in the program and how it inspired them to continue to study and to become active in the vibrant but dangerous labor movement of the 1930s. One started her own school for poor children in the Philippines.

Although the program started under Bryn Mawr president M. Carey Thomas, all the participants praise staffer Hilda Worthington Smith for the thoughtful, progressive curriculum that helped each girl realize her own self-worth and instilled confidence and critical thinking skills. Smith in 1926 admitted the first five African-American students to the summer school, despite Thomas’s misgivings, and she continued to do so.

It’s worth noting that the program came to an end in 1938 because the philanthropists and corporations that funded it objected to the women emerging as union organizers; labor activism undermined their self interests. It was a doubled edged sword: the program’s effectiveness and power proved to be its undoing. Yet, it turned out several generations of women whose personal and political consciousness had been gloriously and permanently awakened.

Along with Union Maids (1976), The Women of Summer is a seminal documentary about women’s work in the labor movement. It’s gratifying that it is now more readily available for more audiences to experience.