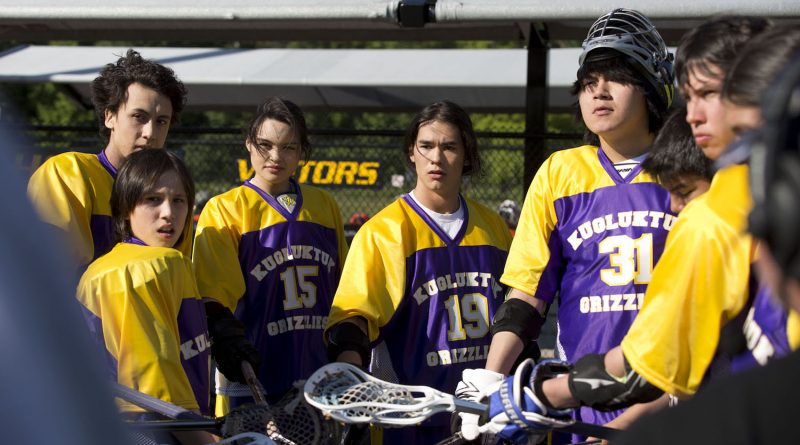 Canadian filmmaker Miranda de Pencier’s The Grizzlies, a truth-based sports narrative set in the Canadian arctic, is a story centered around the experiences of a recently graduated White teacher, Russ, working his first job as a high school history teacher in the isolated Inuit town of Kuluktuk, where the hardships of life far exceed its joys.

Russ (Ben Schnetzer), who intends to spend a year in Kuluktuk before returning to ‘the South’ to take a cushy job at a posh private school, is shocked by the level of despair he encounters in the community which is impoverished to the point of starvation, and where alcoholism is a rampant problem and the suicide rate — especially among teenagers — is sky high. He figures its his job to inspire and instill discipline in his students to better their lives.

Russ must reach the kids to teach the kids, but they want nothing he has to offer and continually make fun of him for his lack of knowledge about their lives, their culture, their community. The kids are tough and troubled, many of them struggling for survival in dysfunctional families struggling against desperate circumstances. In fact, the entire community — the school kids, their families and other townspeople — resent and resist any White presence in their midst. They are intent upon protecting their culture and preserving their traditional way of life, both of which have been undermined for centuries by systemic abuse, exploitation and neglect by the White Canadian government. Continue reading on CINEMA CITIZEN.