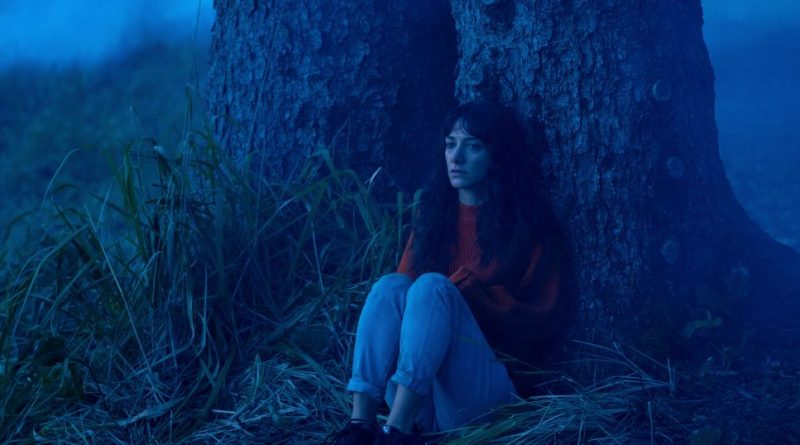 Remember how you felt about going to a motel after seeing Alfred Hitchcock’s Psycho? That’s the same vibe first-time director Dave Franco goes for with this horror/thriller, based in an Airbnb.

“The country is as divided as it’s ever been, and no one trusts each other,” observes Franco in the press notes. “Yet we trust staying in the home of a stranger simply because of a few positive reviews online.”

Trouble’s brewing immediately, since Josh and Mina insist on bringing their dog, Reggie, even though the lease agreement specifically forbids dogs. Plus, Mina’s furious that Charlie was able to reserve this secluded Airbnb while she, having tied earlier, was rejected; she’s convinced it’s racial profiling because her Iranian surname is Mahoumadi.

Mina immediately confronts their sinister ‘host’ Taylor (Toby Huss) with accusations of discrimination. Trying to defuse the situation, Michelle inquires whether it would be possible to get a telescope, and he agrees to bring one over.

Eager to liven up the party, Michele reveals she’s brought Ecstasy to share the following evening, but Charlie, Josh and Mina decide to drink & drug right away. When Josh passes out, Charlie and Mina climb into the hot tub and, predictably, nature takes its course.

The next morning when Michele and Josh go on a hike, Charlie and Mina beg off. Then Mina discovers a camera hidden the showerhead – with incriminating footage of their indiscretion. And they’re not alone. Someone’s stalking them.

Scripted by Franco and co-writer Joe Swanberg, it’s character-based, delving into the insidious relationship dynamic between the two couples.

On the Granger Movie Gauge of 1 to 10, “The Rental” is an exasperating 3, burdened by a disturbing, frustrating conclusion.