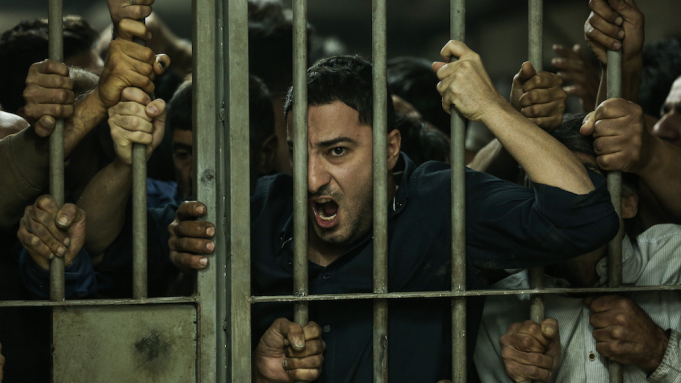 There’s something about Iranian genre cinema that those already attuned to its magic have long known; while in many ways utilizing elements we recognize as belonging to specific genres, there’s just a certain electricity in films produced within this particular national context that often transcends to something altogether new, exciting and fresh. Saeed Roustayi’s cop thriller Just 6.5 is a perfect case in point: while the plot details do not sound particularly out of the ordinary, it is the way that it all comes together that makes this one of the most exhilarating crime films of the year.

The storyline follows a group of grizzled narcotic detectives on the tough streets of Tehran; these include Samad, played by Payman Maadi from Asghar Fahradi’s A Separation. They have their sights set on notorious drug baron Naser Khakzad (Navid Mohammadzadeh), who until now has largely succeeded in eluding them. When a seemingly low-level drug bust almost accidentally leads them on the path to exposing and capturing Khakzad, the complex inner workings of not just the Tehran drug trade but the lives of the police investigators themselves are thrown into sharp relief. Here, the human cost on both sides of the war on drugs are revealed to be far more morally complicated than a good guys versus bad guys binary.

With a climax that demands we rethink the entire ethical construct of how the judicial system treats drug related offenses, Just 6.5 sees Roustayi excel with his sophomore feature, a follow up to 2015’s award winning Life and a Day. At only 30 years old, Roustayi is clearly a filmmaker who has shed the label ’emerging’ despite his youth, and the edge-of-your-seat thrills and ethical fearlessness of Just 6.5 undeniably position him as one of the most fascinating young filmmakers working in this region today. Fast, smart and thrilling, Just 6.5 is a wild ride into the dark side of Iranian genre cinema.