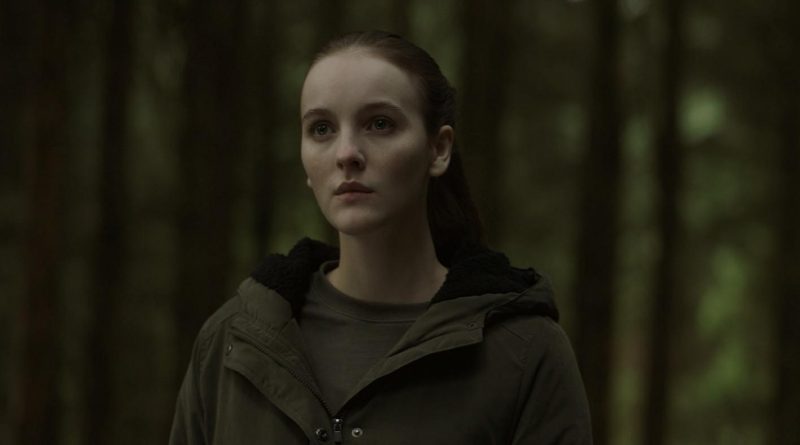 Adoption dramas are surely nothing new, and the plot scenario of a child – be they young or old – on a quest to find their birth parents has all the melodramatic trimmings to make this a relatively tried and true formula. Stepping outside of the more pedestrian terrain that this kind of film so often safely treads is Christine Molloy and Joe Lawlor’s Rose Plays Julie, a jarring yet moving character portrait of a troubled young woman who discovers more than she bargained on the family history front when her biological mother sets her on the path to a challenging encounter with her biological father.

Rose is played by Irish actor Annie Skelly who – as the title suggests – takes on the nom de plume ‘Julie’ as a disguise through which she embarks upon an investigation into her origins. The notion of duplicitous identities lies at the heart of the film, and it is not merely Rose who is not who she pretends to be; her birth mother Ellen (Orla Brady) is a famous television actor who ‘plays’ other people for a living, and, as Rose/Julie learns, it is the different facets to her biological father Peter’s (Aiden Gillen) personality that are perhaps the most deceptive of all. Like Ellen, he too is famous in his field, and like Ellen, his chosen profession is seemingly carefully selected for its symbolic value – somewhat of a rock star archaeologist, his very occupation evokes the hardly-subtle metaphor of digging up the past in order to reveal long-buried secrets.

Molloy and Lawlor have established a reputation for films broadly based around identity with both Helen (2008) and Mister John (2013); that each three of these films have Christian names for titles feels like no accident, but the additional verb added to Rose Plays Julie indicates just how overt the notion of performativity and identity is to their most recent feature. There’s something about this knowing utilisation of a secondary persona active within the film’s very name that speaks to the core of the movie; a kind of emotional labor that demands a prerequisite lack of transparency, the maintenance of which not simply wears on its central characters, but actively weighs them down.

It is as Julie that Rose undertakes the bulk of this emotional work, but in doing so she learns valuable lessons and vital insights into the circumstances surrounding her birth and adoption. Rose Plays Julie is not shy in its approach to the thematic intersection of power, gender difference and violence and how they feed into the lived experience of women in particular. But it approaches its subject matter with a sophisticated balance of sensitivity and frankness that make these themes both poignant and, at times, far from subtle.

A taut and at times uncomfortable journey, Rose Plays Julie is a shrewd reimagining of the adoption drama narrative that reframes the trope in a powerful and compelling manner.