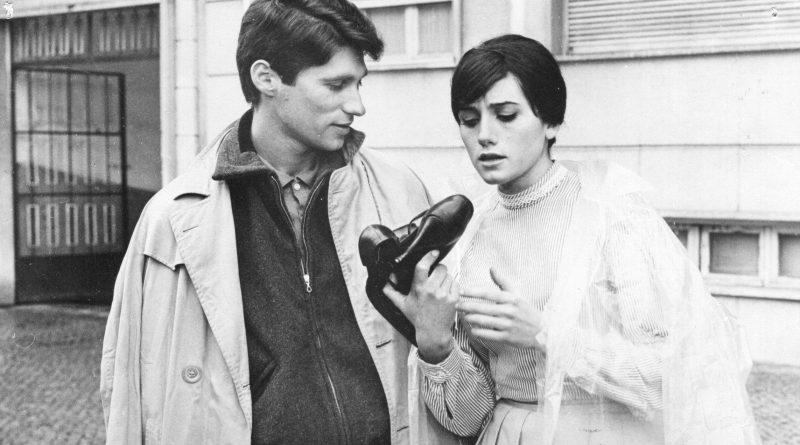 The Green Years dramatizes the toll of urban life in Lisbon.

Newly restored films offer the delight of revisiting memories and reexamining solid works from a new perspective, often revealing a great deal about the time of a film’s original release, who we were then, and how we and society have changed—or not—since. But a bonus of enjoying restorations is discovering previously unfamiliar directors and their work.

That’s the case with Portuguese director Paulo Rocha whose 1963 The Green Years did not receive an official U.S. release. Now available, Rocha’s debut film takes its place among new wave gems, that is, shot on location, in beautiful black and white, following its protagonist through coming-of-age, romantic experiences. He is nineteen-year-old Júlio who arrives from his village to the Lisbon train station, committed to working for his shoemaker uncle Afonso. Though he’s supposed to meet Júlio, Afonso doesn’t show up, sidetracked drinking with his pals. Júlio, looking forlorn and already out of his element, finds his way while voiceover narration and subsequently several characters repeatedly warn Júlio, that “the city has devoured many.” This warning and initial indifference introduce the themes that govern co-writer Rocha’s tale.

As Júlio, Rui Gomes’ performance communicates his desire and ambition colliding with his physical unease, first expressed as amusing slapstick but soon transitioning to embarrassing, unpleasant interludes. Júlio’s romance with a wealthy family’s maid Ilda, his awkwardness on the dance floor and in multiple interactions, job demands, confrontations, and an oppressive class division will all take a gradual, cumulative toll. Even the staging reveals the divisions: the shoe business is located below sidewalk level while the wealthy family’s apartment sits on upper floors of a high rise. As their maid and Júlio’s love interest Ilda, Isabel Ruth expertly combines yearning, energy, deference, and ambition for a better life.