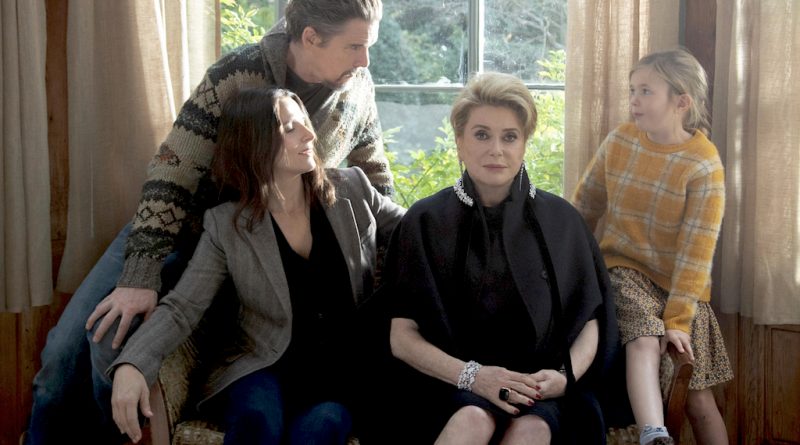 The French-language family drama marks the first film written and directed by Hirokazu Kore-eda outside his native Japan. But “The Truth” has such an air of authenticity that it seems like the auteur, who won the 2018 Palme d’Or at France’s Cannes Film Festival for “Shoplifters,” has been making movies in Paris his whole life.

Fans of French cinema owe him a debt of gratitude for at long last bringing together Deneuve and Binoche in a warmly witty and poetically penned story about the lies we tell ourselves and the memories we chose to keep. Bona fide icon Deneuve brings her formidable screen presence to the fore as Fabienne Dangeville, a self-center and sharp-tongued film legend who is preparing to release her memoir titled “The Truth.”

Fabienne’s estranged daughter Lumir (Binoche, exuding her signature openheartedness), a New York-based screenwriter, storms back home under the guise of celebrating her mother’s book release, but really, she’s irked that she didn’t get to read it before printing. She brings along her American husband Hank (a cannily cast Ethan Hawke), a recovering alcoholic and TV actor whom Fabienne believes has no real talent, and their lively daughter Charlotte (Clémentine Grenier), who is convinced that her grandmother has real magical powers because of her convincing turn as a witch in the film version of one of her favorite books.

Finding several glaring omissions and rosy inaccuracies in “The Truth,” Lumir sets out to confront her mother, who nonchalantly responds, “I’m an actress. I won’t tell the naked truth; it’s far from interesting.”

But the determined daughter isn’t going to let her mother off the hook that easily, especially since Fabienne left out any mention in her autobiography of an ill-fated friend and rival actress who was dear to Lumir’s heart. Their already complicated conflict over “The Truth” plays out as Fabienne is filming a high-concept sci-fi movie called “Memories of My Mother,” in which the septuagenarian plays the daughter of a woman whose space adventures have rendered her ageless.

In many ways, “The Truth” treads familiar territory, but Kore-eda brings a deftly humorous touch to the story – one of the funny ways that Fabienne’s divaesque self-absorption manifests is in her inability to remember which of her contemporaries are still alive and which ones have died, a blithe blindspot that she extends to Lumir’s father – and even when family secrets are unearthed, there’s more a shower of sparks than a hail of fireworks.

Best of all, “The Truth” allows a chance to see two of France’s leading ladies light up the screen together.