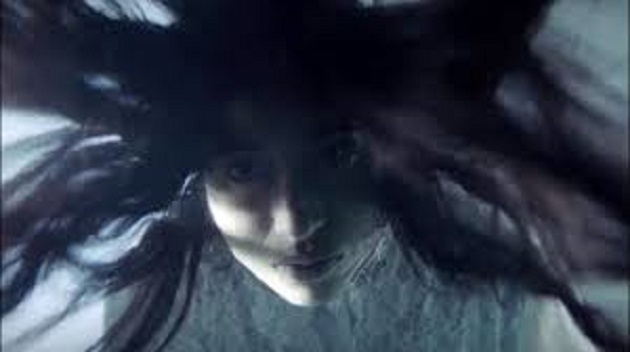 Even the most dedicated and hardened of horror movie fans would be forced to confess that, at times, the genre – like cinema in general – is far from immune from producing a sometimes disappointing yet steady stream of dreck. It often takes a really special film to remind you just what horror is capable of doing when it is in the hands of someone who truly understands the capacity of the genre to speak in ways and of things that we otherwise struggle to articulate.

Guatemalan filmmaker Jayro Bustamante’s La Llorona is precisely one of these powerhouses; a punch-in-the-guts reminder of just how potent the metaphorical force of horror can be when it comes to addressing real-world horrors. In this case, it concerns the Guatemalan genocide against the Mayan people which lasted just over thirty five years, from 1960 onwards.

Make no mistake, Bustamante’s La Llorona is virtually the polar opposite on every front from Michael Chaves’ more multiplex-friendly and similarly titled The Curse of La Llorona (released only four months before Bustamante’s film). While the latter stumbles awkwardly into whitewashing territory in a seemingly aggressive mission to dumb down the potency of the famous Hispanic folkloric figure of La Llorona – often called “The Wailing Woman” in English – Bustamante in contrast does something so thoroughly radical and profound with her that not only speaks to the politics which lie at its heart, but also acts more broadly as a timely reminder of what really good horror cinema is capable of achieving.

Eschewing pedestrian jump scares and forgettable popcorn-chomping thrills for something far more intellectually rigorous and emotionally sophisticated, La Llorona is less a typical horror film than it is a powerful political drama that employs horror codes, conventions and iconography – and a specific folkloric figure – to speak to a particular historical atrocity so great in scale as to almost be otherwise incomprehensible.

At the heart of the woman of course lies La Llorona herself, the folkloric mother who drowned her children and whose punishment is to remain stranded on earth stranded in an eternal state of grief at what she has done. Here, the figure looms largely – both literally and symbolically – over the household of Enrique Monteverde (Julio Diaz), an elderly one-time army general on trial for a parade of atrocities against the Mayan people, who more than a few critics have seen as a relatively thinly veiled cipher for the real-life dictator Efraín Ríos Montt.

Intercut with the ongoing public trials where the horrors of his actions are revealed through the powerful testimony of survivors, Monteverde wrestles with his own demons quite literally as he and his family find themselves increasingly housebound, trapped inside the palatial residence by the angry protestors who encircle his home. But, Monteverde and his family are far from safe even within the walls of their house, and through the legend of La Llorona herself his supposed sanctuary is revealed to be ineffective as the enigmatic presence of their new Mayan maid Alma (María Mercedes Coroy) makes an increasingly significant impact upon the household.

Alongside films like George A. Romero’s Night of the Living Dead and its associations with the civil rights movement and Georges Franju’s Eyes Without a Face and the wide critical considerations of that film that have approached it through the lens of French guilt and World War II, Bustamante’s La Llorona is a hugely important and unambiguously powerful film that demonstrates just how much political clout horror can have when addressing the very real nightmares of history itself.

Far from the cliched things-that-go-bump-in-the-night stupidity of the more highly publicized The Curse of La Llorona, Bustamante’s reimagining of the famous folkloric figure is a reminder that in the right hands, horror can be turned into something with almost indescribably enormous ideological potency.