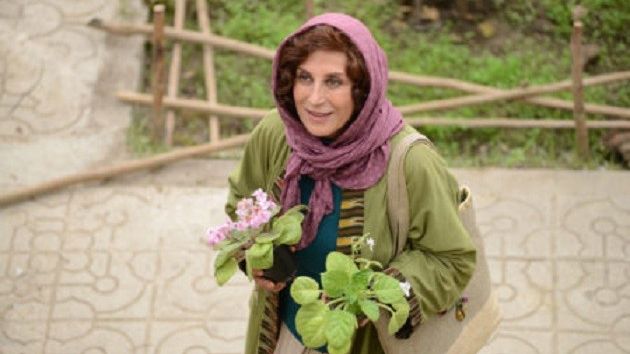 The Iranian domestic drama African Violet, directed and co-written Mona Zandi Haghighi, is an elevated soap opera of sorts that revolves around an unusual three-way relationship. At its center is Shokoo (Fatemeh Motamed-Aria), a strong-featured yet still attractive middle-aged woman who is happily wed for a second time to the virile Reza (Saeed Aghakhani).

But when the big-hearted homemaker, who also runs the family’s wool-dying business, learns that her frail and sickly ex-husband Fereydoun (Reza Babak) has been placed in a nursing home by their daughters, she decides to bring him to her house so he can recover. It doesn’t take long for emotions to simmer to the surface and get as entangled as the strands of brightly colored dyed wool drying in her courtyard.

Secrets, lies and also some long-held truths bubble up to the surface as Shokoo tries to keep the two males in her life satisfied as best as she can, serving them food and helping then find common ground with their shared love of backgammon. Her extended family further complicates matters as they bring their own crisis into her home but, against all odds and overcoming their male egos, Reza and Fereydoun find common ground with their fondness of Shokoo and even have each other’s back by the end of the film. While some specifics of Iranian culture are on display, African Violet is universal in its approach to everyday people and their daily lives.

EDITOR’S NOTE: African Violet is AWFJ’s Movie of the Week for August 21, 2020