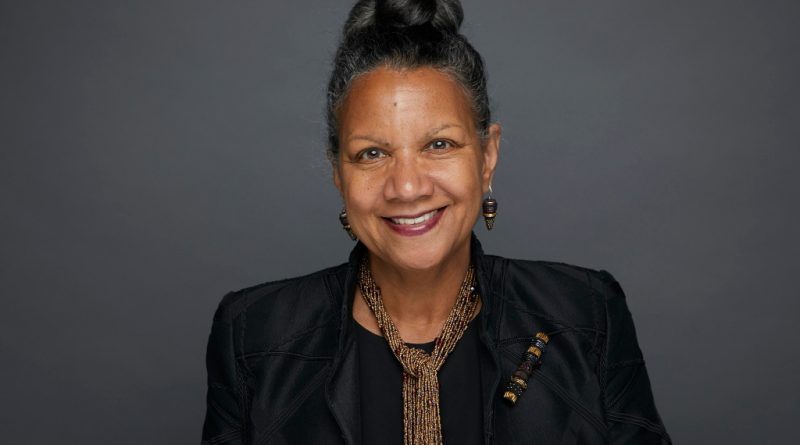 Netflix’s recent Self Help focused attention on Madam C.J. Walker, the legendary Black woman entrepreneur who worked her way from being a washerwomen to owning a multi-million dollar business that made and sold beauty products for Black women.

A’Leila Bundles compares the dramatization of her great great grandmother’s life with story shown in the 1989 documentary Two Dollars and A Dream, and speaks to her family’s legacy of philanthropy and of caring for the the Walker Company’s employees, most of whom were independent Black women.

Kathia Woods interviewed Bundles after a recent World Channel Two Dollars and A Dream screening which was followed by a live online discussion between Bundles and the documentary’s director, Stanley Nelson, who is the grandson of Freeman B. Ransom, the General Manager and attorney of Walker’s hair-product company, and who played a role in both the dramatization and documentary about Madam Walker.

Kathia Woods: Are you encouraged by the newfound interest in your great-great-grandmother? 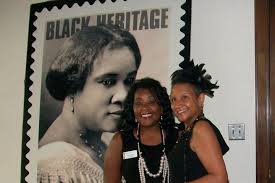 A’Lelia Bundles: Because I’ve been telling Madam C. J. Walker’s story since 1970, I have to say that I’ve been aware of a great deal of interest in her life for a very long time so the interest doesn’t seem “newfound” for me. While many people are learning about her because of Self Made, the Netflix series, there are many other Walker projects including a 1998 U. S. postage stamp, two National Historic Landmarks, a line of hair care products manufactured by Sundial Brands, a very large historical collection of Walker business records and photographs, museum exhibits, doctoral dissertations, National History Day reports, annual luncheons and awards.

Of course, Stanley Nelson’s 1989 documentary Two Dollars and a Dream increased interest three decades ago and I’m excited that a new generation of viewers can now watch it online thanks to WORLD Channel. I’ve written four books including On Her Own Ground: The Life and Times of Madam C. J. Walker, which was named a New York Times Notable Book in 2001 and was the nonfiction source for the fictionalized Netflix series. My first Madam Walker biography was written in 1991. I’ve also written dozens of articles and given hundreds of speeches long before Self Made. 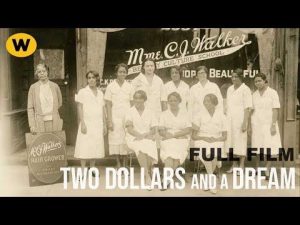 For me, interest in Madam Walker is not new but a continuation of many decades of interest in her. Of course Octavia Spencer is such a talented and well known actress, having her play the role has raised awareness about Madam Walker. Because of the series, millions of people around the world now know Madam Walker’s name. But because the series is a Hollywood version with many fictional characters, scenes and situations, I do hope viewers will not assume that what they are seeing is 100% accurate. I really hope they will have the curiosity to learn the facts about Madam Walker’s life as an entrepreneur, philanthropist and activist.

Woods: How do you feel Madam C.J. Walker has influenced women entrepreneurs of today?

Bundles: I think Madam Walker is an inspiration to women whether they are corporate CEOs, company founders or aspiring entrepreneurs who want to expand their side hustles. I hope they’ll see that she set an example by being a master marketer and motivator who had a great knack for surrounding herself with talented people. She knew that a strong team was necessary for a successful enterprise. Equally as important, she was a philanthropist and political activist who urged her sales agents and employees to become leaders in their communities.

Woods: What is something that people do not know about Madam that often gets overlooked? 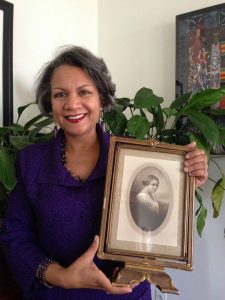 Bundles: Many people are familiar with Madam Walker as a pioneer of the hair care industry, but I really hope that they will be interested in digging deeper and seeing her as a more multi-dimensional person. In addition to founding a company and creating financial opportunities for thousands of black women, I was especially pleased to discover that she hosted one of the first gatherings of businesswomen in America. At her first annual convention of her sales agents in 1917 she gave prizes not only to the women who sold the most products, but to those who contributed the most to charity in their communities.

I think most people aren’t aware that she was an outspoken advocate for the rights of Black soldiers during World War I. I loved learning that she’d been on the NAACP’s New York executive committee that organized the 1917 Silent Protest Parade after the East St. Louis massacre and that she and a group of Harlem leaders had traveled to Washington, DC after the parade to present a petition to President Woodrow Wilson to urge him to support legislation to make lynching a federal crime. As we observe the centennial of the 19th Amendment, I was glad to discover that she supported women’s suffrage and hosted a meeting of black suffragists in her home.

Woods: Has writing about your great-great- grandmother brought you closer to understanding her as a person?

Bundles: Long before I knew the significance of my great-great-grandmother Madam C. J. Walker’s life, I had begun to hear her name and to discover personal items that had belonged to her. One of my earliest childhood memories is exploring my grandmother Mae’s dresser and finding mother-of-pearl opera glasses and an ostrich feather fan that had belonged to Madam Walker. The silverware we used at home every day had her CJW monogram. The Chickering baby grand piano on which I learned to read music had been in her daughter A’Lelia Walker’s Harlem apartment during the 1920s.

Because my mother, A’Lelia Mae Perry Bundles, was vice president of the Madam C. J. Walker Manufacturing Company in Indianapolis, I often visited the Walker Building, which now is a National Historic Landmark.

As you may know, I spent 30 years as a television journalist first as a producer with NBC News, then as a producer and executive with ABC News. I was able to use that experience to deepen and expand my research and my understanding of how Madam Walker’s life fit into the narrative of American history. As I learned more, I was able to discover a much deeper, more detailed and more nuanced perspective.

Of course I knew that Madam C. J. Walker was a pioneer of the modern hair care industry and that she had founded the Madam C. J. Walker Manufacturing Company in 1906, but it took years of research in more than a dozen cities and multiple interviews to learn the details of her role as an entrepreneur who employed thousands of women, hosted annual conventions, helped fund the NAACP’s anti-lynching campaign, was a philanthropist and a patron of the arts.

Woods: What do you want the takeaway from you book and Two Dollars and A Dream to be for young women of today during these trying times?

Bundles:I hope that young women who read my book, On Her Own Ground: The Life and Times of Madam C. J. Walker, will be inspired by Madam Walker’s life. I know that many people are interested in the measurement that the Guinness Book of World Records has made that cites Madam Walker as the first “self-made” American woman millionaire. I understand the fascination with that measurement, but I have to say that this is not the gauge that matters most to me. I’m much more focused on the cycle of women’s empowerment and the role Madam Walker played in helping Black women become financially independent so that they were able educate their children, buy homes and invest in real estate so they could create generational wealth and opportunity for their families.

I like to look at the women of St. Paul African Methodist Episcopal Church in St. Louis, who nurtured and empowered Madam Walker when she was a poor, uneducated washerwoman, and then to examine how she did the same with her employees and sales agents. I’d like for people to know that this woman – who was the first child in her family born free on the same Louisiana plantation where her parents and older siblings had been enslaved – overcame obstacles and used her wealth as a philanthropist, political activist and patron of the arts. She understood that her prosperity had been created by other black women so felt a responsibility to uplift and empower them.

EDITOR’S NOTE: You may be interested in reading Meet the Makers: Stanley Nelson and A’Lelia Bundles on TWO CENTS AND A DREAM – Kathia Woods reports