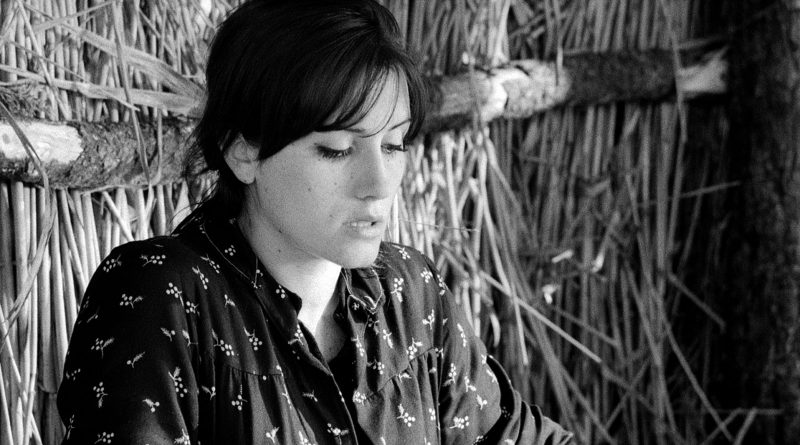 Portuguese director Paulo Rocha’s Change of Life, shows a refined, mature visual sensibility though the story meanders, fixated on an ill-fated romance. Passion is reignited when Adelino returns to the remote fishing village Furadouro after four years absence fighting in the Angolan war. He finds his love Júlia married his brother Raimundo in his absence.

Can Adelino adapt to new circumstances, especially when Júlia says she’s carrying a shadow around with her? The dialogue is sometimes strained, at other times poetic as Adelino and Júlia, Raimundo and other villagers express deep love and agonizing regret. Locations isolate individuals and metaphorically tell the tale—old huts falling into the sea as waves wash out their foundations. But the narrative falters, cutting some scenes short, jumping ahead at other times, and, in one instance, inserting a job interview that comes from and goes nowhere.

Made in 1966, only his second film, Rocha took the daring step of casting the local villagers, all nonprofessional actors, in supporting roles. This proved a fortuitous gamble since the spectacular scenes of the fishermen, a couple dozen in a trawler at one time, convincingly convey the demanding physical labor, the need to work in unison as one, and the exhaustion that follows, especially for Adelino who nurses a bad back. Men rowing, women shoveling sand, hauling heavy boxes on their heads, oxen pulling boats out of the Atlantic, nets being mended, men poling a boat up a river, a celebration with song and dance—all these scenes give Change of Life an intriguing ethnographic feel. These villagers unselfconsciously communicate authenticity, the camera often in close, participating in the strenuous exertion of feet, hands, legs, and shoulders. This is a muscular film with heavy lifting for the body and the heart.

In the digital restoration by Pedro Costa, the black-and-white cinematography suits the grim reality; notably, the labor and the lust. Carlos Paredes’ guitar music complements the mood, with superb performances by the professional actors—Geraldo del Ray as anguished Adelino, Maria Barroso as distraught Júlia, and Isabel Ruth as feisty, secondary love Albertina. Poignant in its best moments, in Portuguese with English subtitles, Change of Life streams on the Grasshopper Films website beginning August 14.