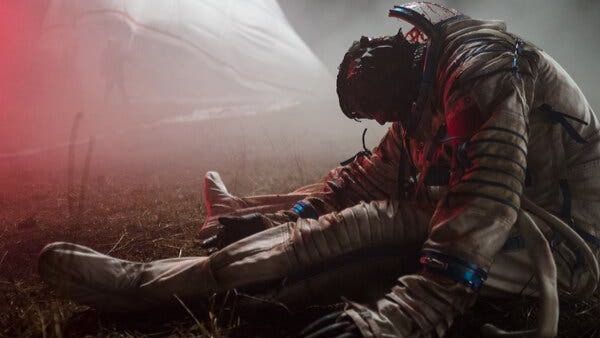 Jeanne Wolf: Thank you – I think – for scaring me to death. I may never forgive you. Spending so much time with this monstrous creature, did you ever feel like it was devouring you? 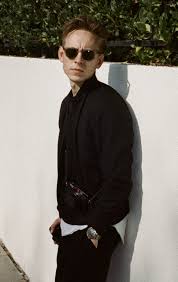 Egor Abrameno: I did in some way but I did get used to that. This creature, this project is kind of my baby and I was working with the creature for five years in my imagination and on the set.

JW: Sputnik. The perfect title because no one can forget it. How did you choose that and what does it mean to you?

EA: Well, I think it has a double meaning, obviously there is historically the Sputnik that went into space but I think the other, more important meaning, is that a Sputnik is someone who follows you, who is always around you, like the creature.

JW: We are living through times when people wake up in the morning all over the world scared to death. Why do we still love horror movies?

EA: I think the answer is simple. Each horror movie reveals to us our fears. They are testing our boundaries

JW: I’m not always a fan of horror movies. I get scared to death and I shut my eyes. But I understand the attraction. The one thing I always get mad at is if the monster or the evil force or whatever doesn’t work. Describe your creature and how you made it come to life?

EA: That’s a challenge we faced during making this movie. You’re absolutely right it was quite crucial to make him believable – make him real. We started to treat our creature, not as a visual element, but as a character. It has a goal, its own arc. When we were designing it, we quickly realized that it would be in the same universe as different iconic movie monsters: Xenomorph from Alien, Predator, etc

JW: In a way, you can’t make a horror movie or this kind of fantasy without having all those past movies in your mind. Am I right?

JW: Finding the right actress had to be a challenge because the part is wonderfully written. Tatiana, the doctor, is torn and you can see it. She’s afraid that she’s participating in something terrible but she’s also afraid that if she walks away that she’ll bring more harm. 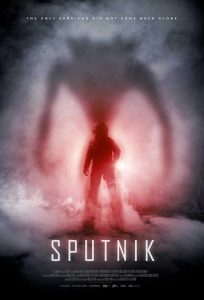 EA: Absolutely. It was important to find the correct actress and Oksana Akinshi did a great job. It took us about five months to find the right actress. When I saw her screen test and met her, I just said, “There she is.” Our Tatiana. She’s not acting. She’s tightly connected to this material. She understands this character. She’s been doing all these amazing things. I’ve been living with this text, this script, for over a year and when I saw Oksana’s screen test I went, ‘Wow. Here she is. It’s already happening.’ It think it was sort of meant to be.

JW: You don’t depict Russia or Russian officials in the best of ways. Of course, it was set in a different time but what’s been the reaction in Russia?

EA: We weren’t scared. We didn’t have such a goal to tell something about the current political situation in Russia. As I said, we’ve been trying to tell a universal story that story deals with a lot of terror, fear, dread. We have these very powerful military officers but we tried to create each character as an archetype. It’s a universal story that could take place anywhere..

JW: So you’re saying there are leaders and politicians all over the world who wouldn’t know how to handle this situation? They’d make terrible decisions.

EA: Yeah, I think it’s a part of human nature. Everyone makes mistakes no matter who you are: official, doctor, cosmonaut, soldier. We’re all humans.

JW: Have you been in the theater when people are watching this? What do people say to you after they see it?

EA: Unfortunately, I haven’t been in a theater because we came out right at the beginning of the pandemic and that was a pity because our movie was specifically designed for the big screen. But we used the momentum of something new and unexpected to get some attention and since everybody was staying at home and we had a bit of obscurity, everybody watched it and, in that way, I think we succeeded.

JW: As you’re in the editing room, preparing and finishing the film, are you saying, “This will get them! This will make them scream?

EA: In each scene and sequence, I was trying to build the maximum tension and the maximum emotional impact. I wasn’t thinking of the overt horror stuff. Horror or sci-fi, just the environment – the setting.