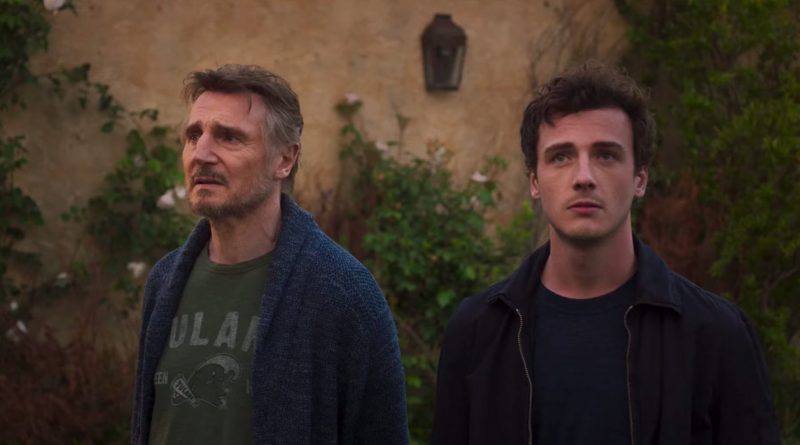 In this gentle, heartwarming father/son drama, Liam Neeson plays a widower/artist who returns to Italy with his estranged son (Micheal Richardson, his real-life son) to sell his late wife’s villa in rural Tuscany.

They’re stunned to discover that the once-magnificent villa is in very, very bad shape after being deserted for the past 20 years – much to the consternation of sharp-tongued real estate agent Kate (Lindsay Duncan), an ex-pat who offers to help them sell it.

Before long, however, they’ve enlisted local help for the necessary renovations, as Jack falls for vivacious Natalia (Valeria Bilello), a single mom/chef who has transformed her tiny, quaint trattoria into a gastronomical delight. Problem is: Natalia’s jealous ex-husband won’t go away since he has shared custody of their young daughter.

Quarreling while working to restore the rundown villa to its original splendor, father and son open up to one another about their mutual sorrow and begin to mend their frayed emotional ties with forgiveness.

Real-life widower Liam Neeson knows the challenge of bereavement: “I think you can start over again, but it doesn’t mean you forget what happened. You have to put it in its place: lock it away somewhere. We’ve all been hit with hardship …and it’s important to go into it, put it in its place and movie on.”

On the Granger Movie Gauge of 1 to 10, “Made in Italy” is a sincerely captivating 7, filled with the scenic splendor of the idyllic Tuscan countryside.