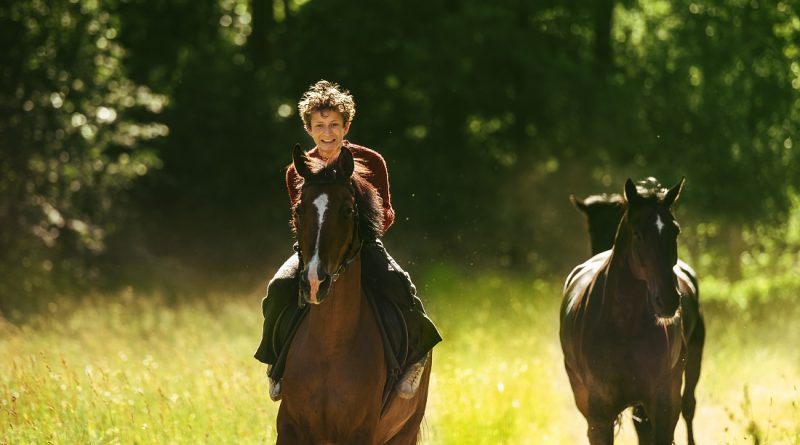 Adapted from Oslo-born author Per Petterson’s 2003 novel of the same name (Ut og stjæle hester in the original Norwegian), the film reunites Moland with frequent collaborator Stellan Skarsgård (Thor, Mamma Mia!), who stars as Trond, a taciturn widower mourning the death of his wife in a car accident. A borderline recluse, he has recently relocated to a somewhat rundown and remote rural bungalow in his native Norway after living for decades in Sweden.

In the winter of 1999, with the new millennium and the threat of the Y2K bug looming, Trond experiences a chance late-night encounter with one of his new neighbors, the eccentric Lars (Bjørn Floberg). When Trond realizes that he knows Lars from childhood, he is abruptly broken out of the frozen fog of his present grief and begins flashing vividly back to June 1948.

Trond (played as a teen by remarkable newcomer Jon Ranes) spent that pivotal summer when he turned 15 with his beloved father (Tobias Santelmann), a sage, strapping woodsman with a rustic men’s-only getaway cabin near the border of Sweden and Norway.