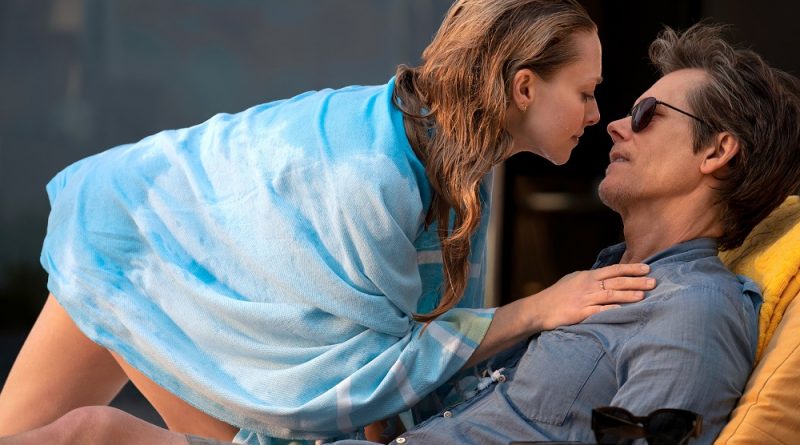 The title says it all: you should have left this direct-to-DVD disappointment in the Red Box!

When wealthy retired banker Theo Conroy (Kevin Bacon) suspects his marriage to his much-younger movie actress/wife Susanna (Amanda Seyfried) is in trouble, he rents a huge, brick country house in Wales for them and their six year-old daughter Ella (Avery Essex) for a brief vacation.

Jealous and fearful of losing his trophy wife, Theo is haunted by the remnants of a notorious, old scandal about his previous wife who killed herself under questionable circumstances. Back then, he was implicated in her suicide and had to stand trial before his innocence was determined.

Meanwhile, their spacious, new abode is filled with menace. There are narrow, labyrinthine hallways and frightening shadows – but no cell reception. One night when Theo goes downstairs to turn out the lights, he mysteriously loses five hours of his life.

Creepy Polaroids keep betting snapped by a mysteriously lurking, limping figure with a cane. And, apparently, the locals know something about the sinister, remote house’s owner, Stetler, but they’re not about to share that information.

In real life, the domicile is known as Life House (Ty^Bywyd) in LLanbister, Wales; it was designed by famed British architect John Pawson and completed in 2016.

Inspired by David Kehlmann’s 2017 German novella about a screenwriter who is losing his mind, it’s ineptly adapted by screenwriter/director David Koepp (Jurassic Park, Mission: Impossible), who opts for the spooky supernatural in this haunted house tale, updated to Air Bnb.

FYI: While the script acknowledges the Theo/Susanna age difference, Kevin Bacon is actually 27 years older than Amanda Seyfried. And Kevin Bacon subtly stepped into the role to replace Nicolas Cage.

On the Granger Movie Gauge of 1 to 10, You Should Have Left is a tepid 3. Don’t bother.