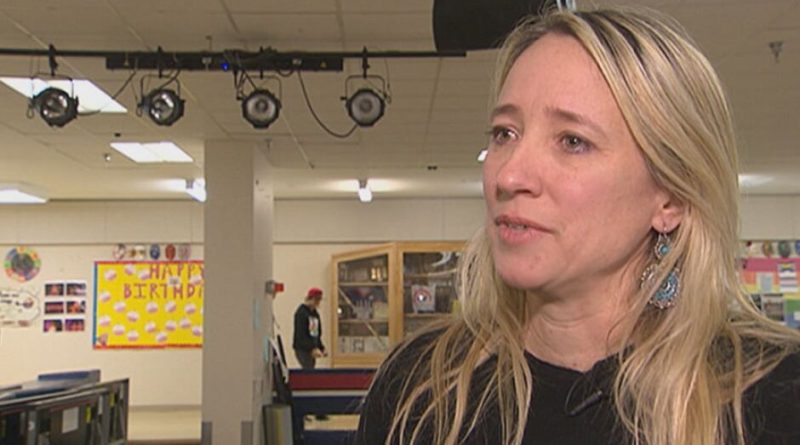 The Grizzlies is based on the inspiring true story of a group of students in a small, struggling Arctic town and centers around the experiences of a recently graduated White teacher, Russ, working his first job as a high school history teacher in the isolated Inuit town of Kuluktuk, where the hardships of life far exceed its joys. In this inspiring tale, Russ and the students are transformed by the power of sport and hope. Canadian filmmaker Miranda de Pencier is an award-winning actress, producer and director. She’s the founder of Northwood Entertainment. The Grizzlies, which premiered at TIFF and for which she won the DGC Award for Outstanding Directorial Achievement, is her feature film directorial debut.

Jennifer Merin: What, in your words, is The Grizzlies about — both in story and theme?

Miranda de Pencier: The Grizzlies is based on the true story of an extraordinary group of Inuit youth in a small Arctic town who overcame their grief and pain through sport. That’s the simple answer. The greater story is that it is really a film about a group of Indigenous kids who had the strength and resiliency to overcome decades of colonialism – which make the particulars of this story both more heroic and more complicated. Thematically the film explores hope, the importance of true human connection, shame, humility, forgiveness and love.

Merin: How is your film stylistically distinctive?

de Pencier: My aim was always for the film to have a documentary level of realism (both intimate and epic) so that audiences could truly immerse themselves in the specifics of the world – and feel as close as possible to the characters – but at the same time show the stunning beauty of the Arctic. My visual references were everything from Once Were Warriors to La Promesse to the Dutch Baroque painter Vermeer – but more than anything every scene was shot and built visually starting from the emotional language of what is going on underneath the surface in each scene. I had all these plans to shot list the entire movie before going on location, but I was still busy raising money and casting while we were in prep so ultimately I entered principal photography with images and feelings that would translate into a rough emotional shot list in my head which cinematographer Jim Denault and I would then work out onto paper practically every morning before call time. Sometimes with the actors during blocking, the whole plan would be thrown out and a new plan would emerge in the moment. Most of the actors had never even been on a film set before so truth and authenticity always ruled over style for me. I stand by the motto that if you aren’t feeling it – it doesn’t matter how good it looks.

Jim and I also had a general rule that the camera and framing would be more formal and classic at the start when the kids are more shut off emotionally – but as they begin to open up and we witness more intimate connections and emerging joy – the camera becomes more hand held, playful and alive. Continue reading on CINEMA CITIZEN