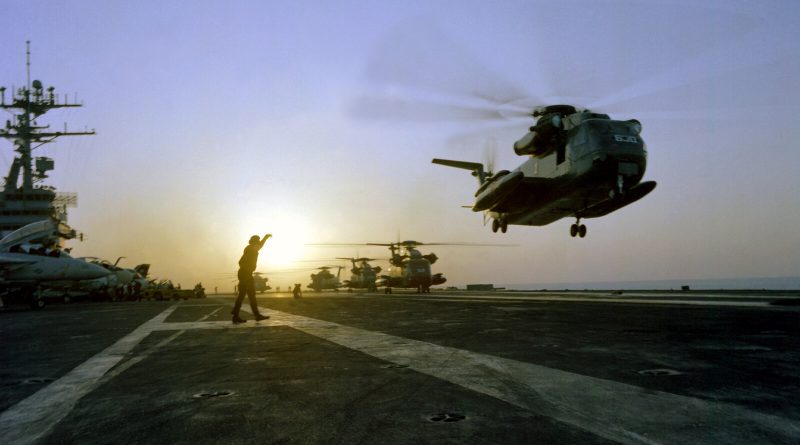 Truth can be stranger than fiction. It can also be more haunting, as Desert One demonstrates.

Those who’ve seen 2012’s Best Picture Oscar-winner Argo know the happy Hollywood-ending story of six American hostages who escaped the U.S. embassy to take refuge with Canadian diplomats until they were smuggled out of Tehran.

Desert One, by contrast, recounts the ill-fated mission to rescue the 52 remaining hostages from the captured U.S. embassy. The operation was doomed by a Murphy’s Law compendium of “whatever can go wrong, will” complications: multiple equipment failures, unexpected explosions, a massive dust storm and a fiery crash that killed six U.S. Special Ops volunteers.

This documentary marks a bit of a departure for Kopple, a cinema verite expert who this time relies on extensive archival footage and talking-heads recollections — from now-nonagenarian former President Jimmy Carter, hostages and their family members, would-be Delta Force rescuers, even Iranian revolutionaries who participated in the embassy takeover.

That context begins in the 1950s, when the U.S. and Britain helped topple Iran’s elected prime minister, consolidating the power of autocratic Shah Reza Pahlevi, a staunch anti-Communist ally who was toppled himself during Iran’s 1979 Islamic Revolution.

Desert One interweaves an exhaustive (and, occasionally, exhausting) array of elements, tracing not only Iran’s political upheaval but the rise and fall of Carter’s presidency. The latter ended Jan. 20, 1981, with Ronald Reagan’s inauguration — the same day the hostages were released.

Crucially, the documentary provides revealing details from those embroiled in the action, who recall their ordeal in frequently anguished detail. (Unlike the Iranians, who still celebrate the April 24 anniversary of “the shameful American defeat.”)

Beyond its historical value, Desert One also offers sobering glimpses of TV news legends (David Brinkley! Ted Koppel! Bob Schieffer!) reporting the story, And there’s the inescapably poignant sight of a president expressing his “deep regret” for the loss of life, telling the American people, “the responsibility is fully my own.”

Or, as Carter told a commander during a satellite telephone call as the tragedy unfolded, “That’s unbelievable, isn’t it?”