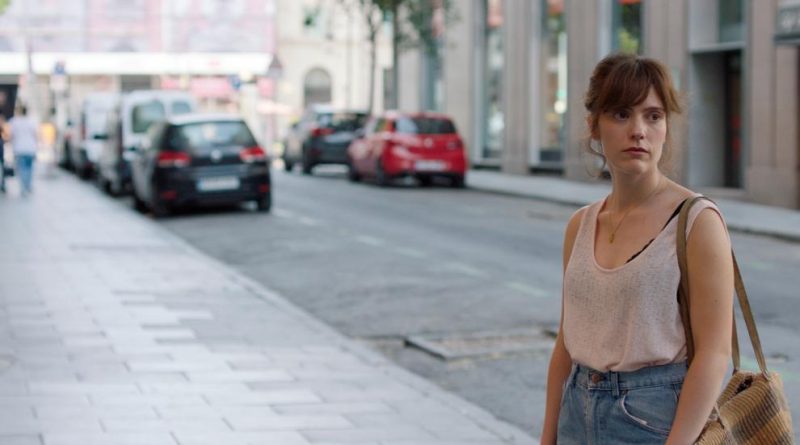 Director Jonás Trueba and his star muse Itsaso Arana, also a screenwriter for this evocative and languid film, The August Virgin, have created something that on the surface doesn’t appear to have huge hooks, but it snags the viewer nonetheless.

The Spanish and Catalan ways are completely opposite those of a big city American dweller. And with this film’s immersion of their culture, you will either come to love it, or not. The latter may find it most bedeviling when trying to adhere to a Yankee schedule of when things you think should occur. People are friendlier, cava and sangria flow like agua as they do the double-cheek kiss while all ages mingle and socialize late at night. And dinner really is at around 10 PM.

This reviewer is also of Iberian descent and a fan of the region, spending time there in blistering August at Festa Major in Vilafranca De Penedes, Barcelona and Sitges. But it is not a lifestyle for everyone and if you are unfamiliar—the day-to-day, like the pacing of this film—may have you fidgeting impatiently.

Trueba and Arana’s story centers on a woman’s right of passage from her carefree twenties to a sobered and wizened thirtysomething. Lead actor Itsaso Arana is perfect. Her wide-eyed character, Eva, realizes a change for her life is coming, and it appears it is centered on her fertility and deep desire for a baby.

Arana’s Eva is thoughtful and kind. She is a Madrileña staying put when people normally flee this stifling city. One of her three male encounters is Agos, played laconically by Vito Sanz.

Trueba visually weaves his film through real-life city centers late at night following our protagonista Eva who operates in a bit of a dream fugue. No one moves quickly or does too much during this vacation month in Madrid. Now with COVID, all bets are off on how life is going in Spain where clusters of people commonly convene well after 8 PM to drink, socialize, dance and eat.

The film leads Eva up to the important date of August 15th, as her journey is presented in a dated visual diary and appears as allegorical to the Feast of the Assumption or the Solemnity of Assumption of the Blessed Virgin Mary for those familiar with the primarily Catholic country’s obsession with these sorts of costume-decked historical street celebrations.

There is a tinge of contemplative melancholia to Eva, but it’s not to be confused with sadness. We see her open for anything, as she quietly hungers for a more meaningful life path. Energetically, the film takes on all the qualities of this stultifying daylight-deserted Spanish vibe and shows people who have never been to the area what they can expect at that time of year: Closed shops, shuttered apartments, pop-up festa dancers in traditional costumes, outdoor venue music concerts and late-night eating.

Trueba also serves up Madrid as a venerated character with stunning vistas and architecture, showing us how beautiful these air-conditioner-challenged old towns are throughout Spain. Each city and village are built around ancient churches, made more prominent with the public town squares surrounding them that morph into vibrant social hubs at night.

Now, the less frenetic city is a quieter place to remap one’s life for a new level of adult commitment. Which appears to be Eva’s primary goal in The August Virgin. Trueba reveals this abandoned Madrid lovingly, especially for stalwarts like Eva toughing it out in the heat.

August is also the month of many festas (festivals)—from the Mediterranean sea to Portugal and all points in-between—where Trueba and his D.P. Santiago Racaj captures these marvelous street moments in fluid shots that Eva finds herself. It is primarily Eva that we focus on, outside of the scenic and sweltering settings.

Arana’s Eva is newly single, and without employment at the moment. She is loaned a roomy flat to stay in for the summer, and with her we begin a journey of new friendships, along with adventurous explorations of her familiar town that yield some new surprises, and a resolution to put the past behind her for desired changes ahead.

Eva does not appear to be anxious about her biological tick-tock, but more focused on doing something about it. Including a spontaneous reiki-chakra womb blessing and a drive to find a new love, one with the possibilities that a male-female coupling brings to the table.

You will also see in this revealing film that people wear sensible shoes in Madrid. Walking is a part of this cinematic journey that Eva embarks upon in the city late at night.

Unlike a potential horror show scene likely to unfold in a city like Chicago or New York, she walks the streets into the wee hours nightly dangling her purse carefree. She fearlessly approaches one man who appears to be contemplating suicide from her POV. He is not. It is Agos (Sanz) who just looks at the world around him a little closer and with introspection she finds irresistible. Agos has issues, but nothing that turns off Eva from pursuing him. Arana is masterful at using her subtle facial expressions to relay many existential thoughts and complex feelings of her Eva. You can see her wheels turning.

The August Virgin is an immersive Sangria-soaked sight-seeing trip to Madrid during the month when many of its citizens abandon her. This film will likely resonate more for women than it will with men, and especially for Spaniards/Iberians who miss this part of the world. And despite the length (over 2 hours) you will recognize many of the emotions and longings that Eva has come to consider in her quiet metamorphosis into a female adulthood.