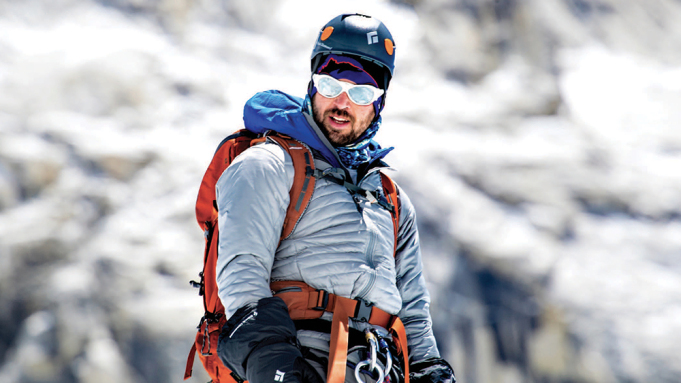 Chris Bombardier has hemophilia, and he wants to climb Mt. Everest. So? Actually, that’s a really big deal. In the US, hemophiliacs live more or less normal lives, although they have to constantly check they aren’t bleeding on the inside, or cutting themselves in a way that could lead them to bleed to death. Still, with medications available here, they can control their disease. That’s not true in many other parts of the world.

You may think that Bombardier Blood, the new documentary directed by Patrick James Lynch and executive produced by Alex Borstein of The Marvelous Mrs. Maisel, is just about Chris Bombardier climbing the highest mountain in the world. That sounds both exciting and dangerous. Even people in perfect health die trying to reach that summit. The film, however, is about much more than that. There is also a great deal of focus on the disparity between the way hemophilia can be treated in the West, and how often people with the disease die of it in less advantaged countries.

The film follows mountaineer and hemophiliac Chris Bombardier as he works through his goal of climbing the Seven Summits, something never done by a hemophiliac. He does so in partnership with international nonprofit Save One Life, which helps children and adults with bleeding disorders in the developing world. During his travels, he meets with members of the bleeding disorders community and hears their stories. In the case of Mt. Everest, he carried a flag signed by every person he met struggling with blood disorders, symbolically carrying them with him as he climbed.

We meet his wife, his mother, and other loved ones who support Chris in his quest. We also see first hand how often the gatekeepers who decide if he can climb have firmly intrenched stereotypes that influence their decisions about who Chris is and what he can do. He is an emotional man, who speaks honestly about his fears and goals, and who credits those around him as much as himself in his attaining them. There’s no question he captured the hearts of people across the globe from Tasmania to India and South Africa and everywhere in between, who have found hope in his journey.

For those who love an inspirational story, or a film that will remind them that nearly anything is possible, I can recommend Bombardier Blood to do the trick. As an indication that the subject walks the walk, as they say, 20% of the proceeds from the film release will go to Save One Life.