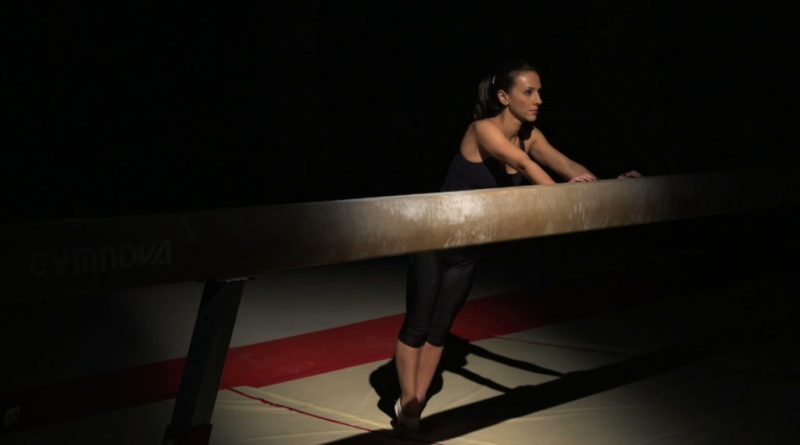 For most, taking a tablet to help alleviate a headache is a routine activity done unthinkingly and often. For Andreea Răducan, that simple, ordinary act completely changed her life. As a teenager, while she was competing at the 2000 Olympics in Sydney — and after she already had one gold medal to her name from the games, as her team’s great contender — the star Romanian gymnastic told her team doctor that she wasn’t feeling the best before her latest events. She was given an over-the-counter pill to pop, then went on to win another gold. Afterwards, she was selected for doping tests, a standard part of being a professional athlete. Much to Răducan’s utter dismay, shock and surprise, however, she returned a positive result for pseudoephedrine, a banned substance.

Telling Răducan’s tale, documentary The Golden Girl takes its time to get to this moment. Although it unfurls a well-chronicled chapter of fairly recent sporting history — Olympic drug scandals are big news, and aren’t forgotten quickly — the film plays the situation for tension. Viewers may not recall the exact details, could only vaguely remember it happening at all or mightn’t have paid attention at the time, but the tonal choice made by filmmakers Denisa Morariu and Adrian Robe smacks of uncertainty rather than building intrigue. This is a movie with a fascinating, eventful, weighty and important story to relay, spanning not only the minutiae of what happened to Răducan, but the Olympics’ handling of the controversy, the ins and outs of gymnastics world in general and Romanian gymnastics specifically, the pressure put on young girls in the field and the move towards younger competitors. And yet, even with so much substance to draw upon and excavate, The Golden Girl is also a film unwilling to let its dramas play out naturally.

While the directors don’t need a reason to explore Răducan’s Olympics plight, they’re given one by the gymnast herself. In the mid-2010s, she embarked upon a quest to have her nullified medal reinstated and her name cleared, with the documentary following the athlete as she endeavors to convince the International Olympic Committee to reverse their earlier decision. Both before and after this fateful meeting, Răducan also speaks with a psychiatrist about the lingering impact of the incident in the intervening years, and reunites with her former childhood coaches and with the team doctor involved. And, she catches up with fellow celebrated Romanian gymnast Nadia Comaneci as well — the woman whose footsteps she would’ve followed in if her stripped gold medal had stood.

Morariu and Robe interweave all of the above with contemporary footage of Răducan at children’s gymnastics practice, interviews with her family and colleagues, and archival footage from her youth, the 2000 Olympics and its aftermath. Indeed, if it wasn’t already evident, the swiftly edited The Golden Girl isn’t short on material or angles. But it always feels as if it is pushing the audience to come to a conclusion — to side with Răducan and see the toll the IOC’s actions have had for all these years — that everyone watching would’ve made without such a forceful approach. That sensation is particularly evident in the understandably emotional chats with the psychiatrist, which are never as powerful or moving as actually viewing clips from the games in question, and appear the product of filmmakers unable to trust that much of this story speaks for itself.

Of course, The Golden Girl is tailor-made to give Răducan her chance to shine and make her case, which she’s visibly eager for. While the film’s historical visuals have the biggest impact — so much so, they could’ve fueled a documentary solely made from archival material, Senna-style — seeing the contrast between Răducan as both a child and teen and her demeanor as an adult ranks among the feature’s most astute and potent decisions as well. She’s a person clearly transformed by an experience she’ll always live with and relive, all of which drips from her very presence. When The Golden Girl makes that disarmingly, affectingly plain, it’s little wonder that many of its other chats and meetings feel superfluous.