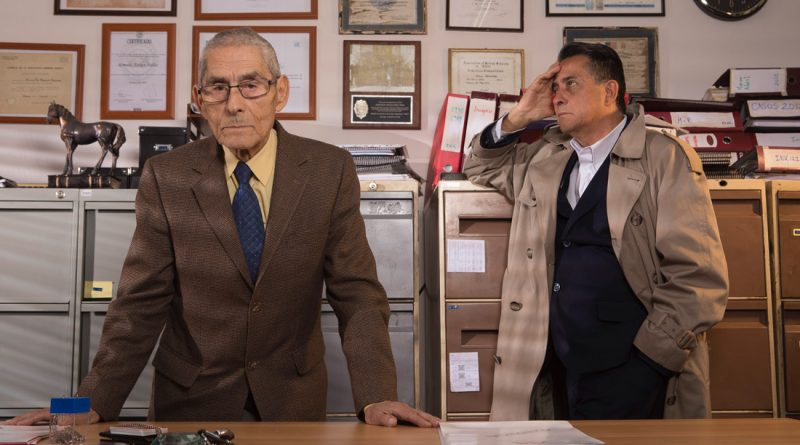 Director Maite Alberdi’s creative, captivating new film The Mole Agent feels like a rather slow narrative feature, in which not enough happens, until you remember it’s a documentary. Alberdi’s hybridization of staid drama and cinema vérité makes for poignant, intense viewing. The film will stay with you longterm, both as a bit of melancholia and as a cautionary tale to show compassion and attention to our aging loved ones.

The director began with the plan of creating a film noir-style documentary on the life and experiences of a real detectives, learning in her research that investigative work often involves placing moles in environments were theft and abuse take place. She got the idea of placing a mole in a retirement home, in order to follow the experiences and discoveries uncovered there, and found an agency through which to infiltrate that environment, only to discover their age-appropriate mole had broken a hip. They then put an ad in the newspaper, and found Sergio, a spry recent widower in his mid-80s. Sergio was placed in a retirement home where nearly all the residents were women, and set about trying to uncover any abuse or loss of property for the agency’s client. Once he gets to know the residents, he becomes their confident, their close friend, and someone who deeply cares for the women there, who are often forgotten or neglected by their families outside.

It is a film that uniquely examines the loneliness and sense of loss pervasive in retirement homes, but it does so in a way that the audience members feel like they are an extension of Sergio, or at least we might all see ourselves that way, as leaning into our better angels to offer a kindness, some time, and some so empathy whenever it might be needed, even if it feels uncomfortable.

Alberdi used over 300 hours of film, carving the documentary’s arc in the editing room. Still, to create something this warm and poignant meant letting go of all original plans for story and letting these real people, with their pains and joys, show what the movie is about through their authentic interactions. This is not a light film, to be sure. It’s more than a little sad, and in fact just thinking about the movie saddens me days after seeing it. Still, one can’t help but be impressed with how this documentary skirts the narrative line while still being, literally, quite true to life.