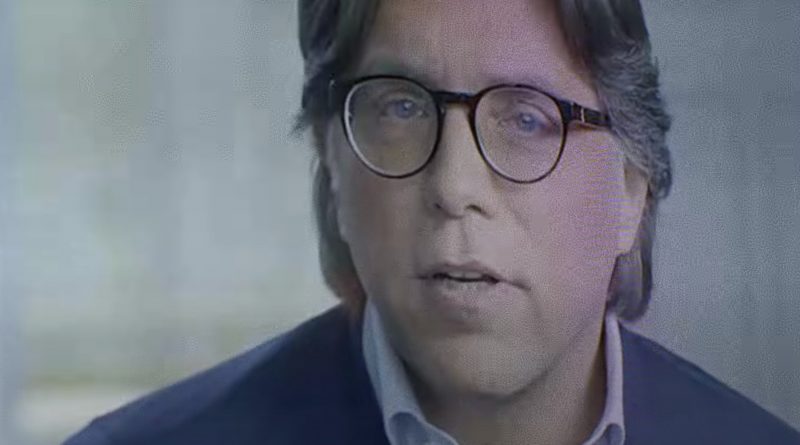 Convicted in June, 2019, on charges of identity theft, racketeering, child pornography and sex trafficking, Keith Raniere was the charismatic guru who masterminded the secret society. Referring to himself as “Vanguard,” he explains its New Age appeal to documentary filmmaker Mark Vicente.

Headquartered in Albany’s suburban Clifton Park in upstate New York, NXIVM was as a “multi-level marketing company…working toward a better world.”

To that end, co-founder Nancy Salzman taught Executive Success Programs (ESP), showing participants how to free themselves from insecurity and negativity in order to experience more joy in their lives.

As they paid to progress from one level to another, eager acolytes would be awarded stripes, leading to different color scarves. Some were urged to participate in late-night volleyball games.

Attractive female followers might be invited to join Dominus Obsequious Sonorium (DOS), a sorority founded by actress Allison Mack (“Smallville”). In order to gain acceptance, applicants had to offer “collateral,” an incriminating video/nude photograph or embarrassing secret, which manipulative Raniere could subsequently use against them.

Taking on all the trappings of a sex cult, wannabe members were referred to as “slaves” and placed on starvation diets so their slim bodies would merit Raniere’s approval. The excruciating, two-hour initiation ceremony involved branding Raniere’s & Mack’s initials on their pelvis near their genitals.

As investigative journalist Barry Meier notes, “Even people who on the surface are bright and capable, talented…have this intense vulnerability. And that vulnerability is available for someone to exploit.”

Directed by Jehan Noujaim and Karim Amer, on the Granger Movie Gauge of 1 to 10, “The Vow” is a sinister, sadistic 7, compelling viewing on HBO.